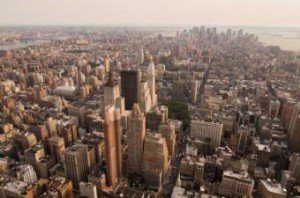 Some of the most expensive ZIP codes in the country can be found in California. But that doesn’t necessarily translate into people who earn top dollars. According to a study by Property Shark, it’s time to look to the East Coast for the wealthiest ZIP Codes in the U.S.

The study, which ranked the wealthiest ZIP codes in the U.S. based on median household income found that of the nation’s 100 top-earning ZIP codes, 70 were located along the East Coast. Of these, the North East with 48 ZIP codes and the suburbs around D.C. with 28 were the two areas with some of the wealthiest homeowners.

California, which had 77 of the 100 most expensive ZIP codes in the country, according to an earlier study, took only 17 spots on the wealthy homeowners' list. With 20 ZIP codes, of which eight were in Manhattan alone, New York led the state-rankings. The study also found that unlike the most expensive rankings, the distribution of the wealthiest ZIP codes was more heterogeneous with 15 states taking spots on the list.

Even though Virginia, District of Columbia, Delaware, Illinois, Texas, and Pennsylvania didn’t have expensive ZIP codes, they had some of the wealthiest ZIP codes in the country, the study found.

When it came to rankings, Maryland and Connecticut trailed New York and California, with each of these states claiming 10 spots in the overall rankings. New Jersey and Virginia’s presence on the list further strengthened the East Coast’s dominance on this list.

In terms of home prices, the study found that the 11 highest-earning ZIP codes featured an annual median household income of over $250,000 with ZIP code 10013 in Manhattan, New York taking the top ranking on the list of the highest ranked based on median sale price.

Previous: Eye on the Industry: Updates on Citadel, Ellie Mae, and more …
Next: Promoting and Protecting Homeownership