Home >> Daily Dose >> Who Is Bearing the Brunt of Supply Chain Issues?

Who Is Bearing the Brunt of Supply Chain Issues? 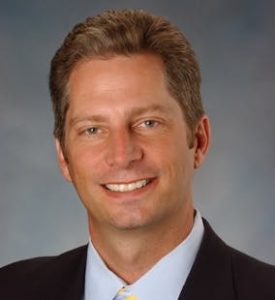 In today’s marketplace, the pattern of high prices, spurred on by low and limited supply, continues to cast a dark cloud over the industry.

With the military conflict in the Ukraine and domestic inflationary concerns continuing to drive prices upward, the Bureau of Labor Statistics (BLS) reported that the prices of goods used in residential construction climbed 3.6% in January, led by a 25.4% jump in softwood lumber prices, and a 9% price hike for indoor and outdoor paint.

MReport recently had the chance to speak with Ward Morrison, President and CEO of Motto Franchising LLC, to discuss the impact of the current supply chain concerns on the overall market and when an end to these concerns may be in sight.

At Motto Franchising, Morrison is responsible for driving the company’s strategy and overall business plan.

Morrison joined RE/MAX World Headquarters in 2005 as a Business Development Consultant for brokerage operations, and later promoted to Senior Business Development Consultant. In 2008, he was named Director, Membership Services and Contract Administration, and in 2009, was promoted to VP, Membership Services, Contract Administration and Customer Relations. He continued his climb through the company’s ranks, and in 2011, was named VP, U.S. Regional Development, and in 2012, was named Region VP of the RE/MAX Southwest Region. His role expanded in February 2015, as he became the primary liaison between RE/MAX World Headquarters, and all independently owned U.S. regions. In September 2016, Morrison joined Motto Franchising as its first President—instrumental in launching the Motto Mortgage brokerage franchise brand.

MReport: When did you first notice signs of the supply chain issues impacting the housing market?
Morrison: In early 2020 at the onset of the COVID-19 pandemic, we started to notice the cost of lumber and other materials increase tremendously, up several hundred percentage points, which quickly began to impact the housing market.

The delays and lack of materials meant homebuilders couldn’t finish projects on time, resulting in builders seeing higher lending and holding costs, in addition to the increased supply costs, because they had to sit on homes for many months to find time for completion. As a result, many homebuilders revised their contracts to allow them more flexibility around cost increases during the building phase of a home, which would never have been the case before.

MReport: Will the current shortage of homes available leave a lasting effect on the market?
Morrison: In the immediate future, this is going to be the number one issue. It’s going to create an imbalance in supply and demand. Supply is low, but the demand is still high, especially as potential millennial and Gen Z buyers continue to get married and form families and are looking for home ownership as a good savings vehicle.

Unfortunately, from about 2009-2020, homebuilding was underrun by five to six million total units, so it’s going to be a while until we can make that back up. Even if homebuilders build the typical one million units per year, they’d have to build one-and-a-half million to make up the difference. So, I think this shortage is going to be here for a while and have a lasting effect on the market—particularly around creating instability around supply and demand.

MReport: Who is absorbing the bulk of the costs associated with the lack of supplies?
Morrison: Inflation is inflation. The costs are going to be passed on to the consumer in some form or fashion, including increased costs of new construction homes.

MReport: What sectors of the mortgage marketplace have been impacted the most by supply chain issues?
Morrison: The entire industry is being impacted because what we are dealing with when it comes to supply chain issues, particularly around new construction, is the closing date–it’s the most important part of the contract. Whether it’s a retail bank, a mortgage banker, or a mortgage broker like Motto Mortgage, everyone plans for a closing date. The same thing goes for a new construction contract. There has always been some flexibility around the end date of these contracts, but supply chain issues are delaying closing dates and forcing mortgage professionals to do additional rounds of verification to see those contracts through.

MReport: What can be done on a temporary basis to alleviate these supply chain issues?
Morrison: From a consumer standpoint, unfortunately, nothing. However, from the builder standpoint, working closer with distributors and suppliers to develop long-term contracts and a more integrated relationship can help reduce some of these costs and delays. Big builders can negotiate contracts for materials like lumber and steel, buying more upfront to guarantee supply, and ultimately, reduce costs.

MReport: When do you foresee these issues subsiding and the market returning to levels of normalcy?
Morrison: It really depends on how the pandemic plays out, how it continues to impact staffing, and when the supply chain can bounce back. My guess is that we will continue to experience supply chain issues through 2022. The question is when in 2023 will things get back to some level of normalcy?

For more perspective on the impact of supply chain concerns on the housing market, click here for the article "When the Shelves Run Bare" from the March 2022 issue of MReport.