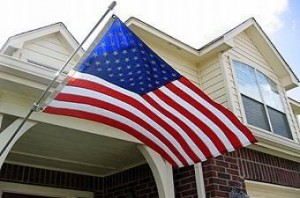 Another survey of adult Americans shows a largely positive view of the country’s economy, particularly among Millennials.

According to the latest Home Index Survey released by PulteGroup, Inc., out of more than 1,000 consumers surveyed in February, a combined 74 percent feel the economy is either better off (41 percent) or the same (33 percent) as it was this time last year.

Among respondents in Generation Y, more than half (54 percent) said the economy is in better shape now. What’s more, with confidence this high, 74 percent of Millennial respondents said now is a good or excellent time to buy the things they want or need—including homes.

“This is definitely a change, as millennials have regularly been viewed as the disenfranchised generation vastly affected by the fallout of the recession,” said Jim Zeumer, VP of corporate communications for PulteGroup. “But now, with an increased sense of optimism, this generation is starting to feel as though they have the resources available to lead the lives they want or expect to in the future.”

Polled on their purchasing decisions, 85 percent of Millennials in PulteGroup’s survey said they plan to purchase a home in the future, with 49 percent planning to make their move in the next two years. Of those making near-term plans, 56 percent are current homeowners, and 41 percent are renters.

As far as their views of homeownership go: 62 percent of Millennials said they associate owning a home with “happiness,” 61 percent said “independence,” 59 percent said “achievement,” and 35 percent said they just like the thought of calling themselves a homeowner.

It’s not all emotional or psychological, though: 33 percent also said they view a home as a financial investment.