Top 10 Housing Markets Where Home Prices Have Recovered Most 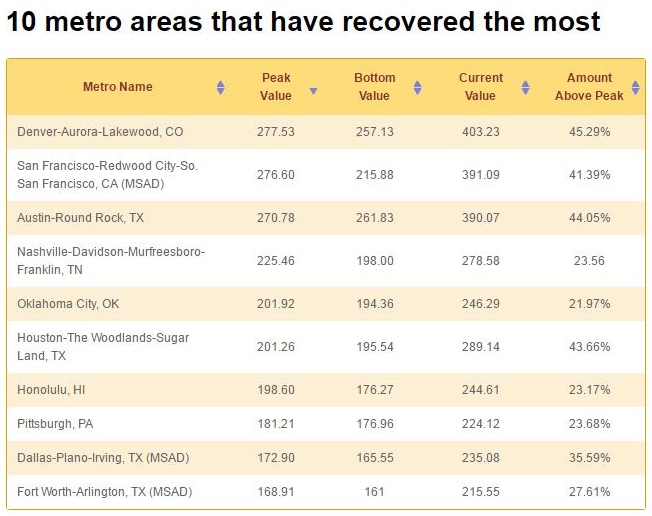 “Instability in financial markets did not seem to put much of a drag on home prices in the fourth quarter,” said Andrew Leventis, FHFA Supervisory Economist. The 1.4 percent rise in home prices "was in line with the extremely steady—but historically elevated—appreciation rates we have been observing for several years now."

Using the FHFA HPI data, HSH.com’s Home Price Recovery Index determined which housing markets have fully recovered (or more) and which markets still lag behind the housing recovery. The HSH.com data covers the time period from 1991 through the fourth quarter of 2015. 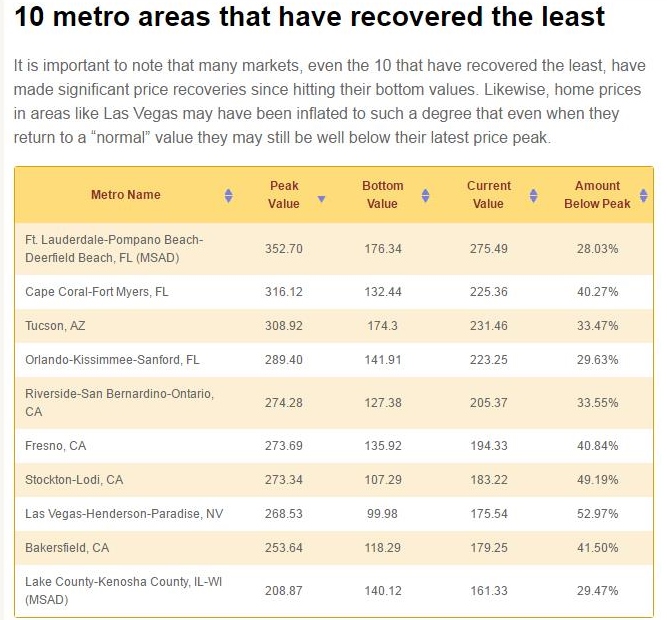 On the downside, HSH.com noted that the Fort Lauderdale, Florida housing market has recovered the least from its peak in terms of home prices, down 28.03 percent from its peak of $352,700 and currently at $275,490.

"It is important to note that many markets, even the 10 that have recovered the least, have made significant price recoveries since hitting their bottom values," HSH.com stated. "Likewise, home prices in areas like Las Vegas may have been inflated to such a degree that even when they return to a “normal” value they may still be well below their latest price peak."

Previous: Lawmakers at Odds Over Dodd-Frank Act
Next: Scarce Inventory Weighs Heavy on the Mortgage Industry