New single-family home sales went up 2 percent at a seasonally adjusted annual rate of 512,000, just above the revised January rate of 502,000.

Seasonally adjusted estimates for new home sales meanwhile leveled off at 240,000. HUD said this represented a 5.6-month supply at the current sales rate. 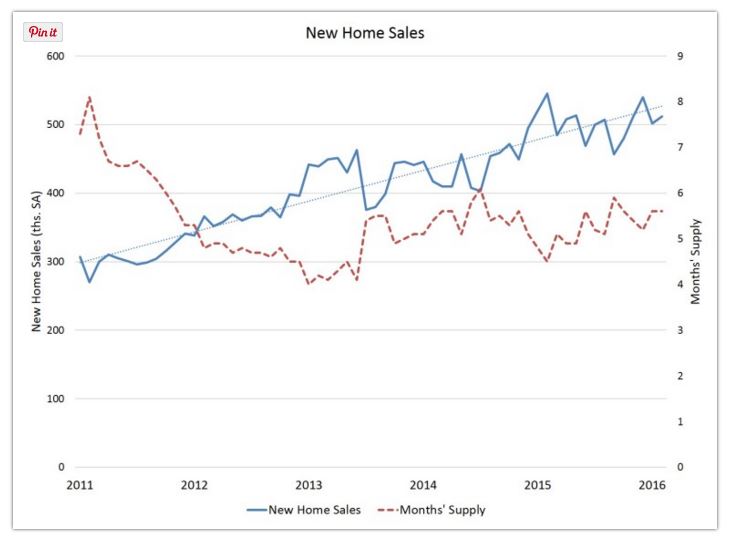 Analysts in some quarters chalked up the favorable climb to a steady pace of improvement in the mortgage and employment markets.

“Job growth is solid, income growth is starting to pick up, mortgage rates are still amazing low and underlying demographics are pretty positive for housing,” Bloomberg reported David Berson, chief economist with Columbus-based Nationwide Insurance, as saying. “The underlying trend in housing is up.”

According to the Labor Department, the U.S. economy picked up another 242,000 jobs in February, even while the unemployment rate sagged to 4.9 percent, continuing trends it started to clench in January this year.

At the same time, homebuyers continue to benefit from historically low mortgage rates, which the Federal Reserve recently declined to raise above the current .25-percent-to-.5-percent target rate.

The next new residential sales will come out again in April this year.

Previous: Teeing Up the Single-Family Rental Market for Investors
Next: The MReport Webcast: Thursday 3/24/2016