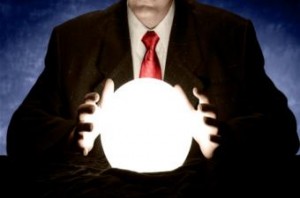 Freddie Mac projects that new home construction will increase by 18 percent, while home appreciation will moderate to an annual growth of 5 percent for 2014.

The company also commented that due to a slower than normal first two months of the year, it is lowering its home sales projections slightly from 5.6 million to 5.5 million.

"We're getting mixed signals as we start the spring home buying season. Tight inventory may pose a significant challenge for home buyers in many markets across the country, which may result in higher home prices and sales being lower than expected," said Frank Nothaft, VP and chief economist at Freddie Mac.

Nothaft added, "This is good news for those markets that have room to run on the house price appreciation front, but it's also going to increase the affordability pinch in many markets, especially along the country's east and west coasts. Two indicators that are supporting local housing activity are rising consumer confidence and declining unemployment rates."

The housing market is being helped by local employment, which saw all 50 states experience a decline in unemployment rates, according to Freddie Mac. Eighteen states saw at least a half percentage point reduction in their unemployment rate over the previous three months ending in February.

Although consumer confidence waned slightly over the latter half of 2013 from an increase in interest rates, Freddie Mac found that confidence is tracking higher, and noted, "March was at the highest level since January 2008."

The company believes that the 30-year fixed-rate mortgage will continue its path of gradual increases, eventually ending the year around 5 percent.