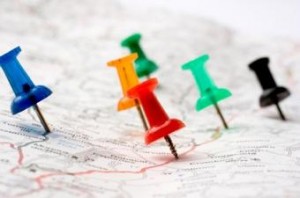 March marked the end of a 17-month streak of double-digit annual price gains—just barely—according to real estate brokerage Redfin. Prices rose 9.9 percent over the year in March, according to Redfin’s data on 19 markets nationwide.

Home sales also followed a downward trend in March, but on the bright side, inventory is beginning to grow, according to Redfin. Home sales were down 11.6 percent over the year in March, while new listings rose 6.3 percent.

Importantly, however, Redfin noted the inventory increase was not even across all markets.

In fact, in the two markets with the greatest increases in new listings—Ventura and Riverside, California—Redfin suggests the increase is not likely to impact sales. In these and other West Coast markets, “sales have been flagging despite already increasing inventory,” the brokerage stated.

While posting the highest percentage of new listings of Redfin’s 19 markets at 13.1 percent, Ventura also ranked at the top of the list for declining sales. Home sales in that market were down 24.8 percent in March.

New listings, however, are welcome in other markets and “are likely to sell fast” in Chicago, Philadelphia, Seattle, and Portland, according to Redfin.

Overall inventory remains flat over the year, but market-level data show some drastic movement. Phoenix’s inventory was up 41.9 percent over the year in March. Ventura demonstrated a 28.9 percent increase, followed by Riverside (25.7 percent); Sacramento (23.1 percent); and San Diego (21.3 percent).