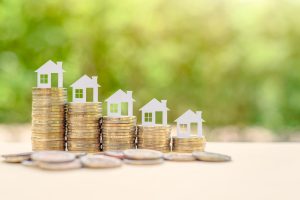 And as mortgage rates hit an 11-year high point of 5%, the MBA’s Refinance Index decreased 8% from the previous week and was 68% lower than the same week one year ago. The refinance share of overall mortgage activity decreased to 35.7% of total applications from 37.1% the previous week.

“Ongoing concerns about rapid inflation and tighter US monetary policy continued to push Treasury yields higher, driving mortgage rates to their highest level in over a decade. Rates increased across the board for all loan types, with the 30-year fixed rate hitting 5.2%, the highest level since 2010,” said Joel Kan, MBA’s Associate VP of Economic and Industry Forecasting.

And while refi apps continued to dwindle, growing popularity has been found in adjustable-rate mortgages (ARMs), as buyers are rapidly locking in rates before they advance even further northward, as ARM activity increased to 8.5% of total applications.

“The 30-year rate has increased 70 basis points over the past month and is two full percentage points higher than a year ago,” added Kan. “The recent surge in mortgage rates has shut most borrowers out of rate/term refinances, causing the refinance index to fall for the sixth consecutive week. In a housing market facing affordability challenges and low inventory, higher rates are causing a pullback or delay in home purchase demand as well. Home purchase activity has been volatile in recent weeks, and has yet to see the typical pick up for this time of the year.”