The company recently announced the appointment of Daniel J. Sheehan IV to the executive role. With Genworth since 2004, Sheehan has served the company across multiple sectors

including real estate, risk, and portfolio management positions. Prior to teaming up with Genworth, Sheehan was with the entity's parent company, ""General Electric"":www.ge.com/.

Sheehan was first named as an officer for Genworth in January 2009. In his new leadership role, Sheehan is taking over for Ronald P. Joelson who is departing the company for a position as ""Northwestern Mutual Life Insurance's"":www.northwesternmutual.com/ chief investment officer.

Commenting on Sheehan's promotion, Genworth's chairman and CEO, Michael D. Fraizer, said,""Dan brings in-depth experience in managing the investment platform and has been instrumental in helping to reposition and reduce certain risk exposures in the portfolio, and he has a strong knowledge of Genworth's businesses.

Fraizer went on to add, ""Ron leaves with our investment portfolio in a strong position, with sound platforms, effective processes and exceptional people, and we wish Ron well in his new role.""

Previous: NAREB Hosts Forum to Address State of Housing in Black America
Next: Feds Settle With MGIC Over Alleged Discrimination 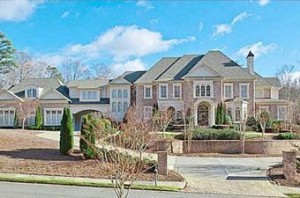