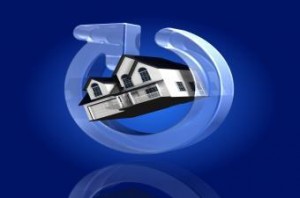 RealtyTrac [1] released its U.S. Home Flipping Report for Q1 2014 [2], reporting that 3.7 percent of all U.S. single-family home sales in the first quarter were flips. Home flipping overall is down, dropping 4.1 percent from the fourth quarter in 2013, as well as declining 6.5 percent from the previous year's first quarter.

The company defines flips as homes purchased and sold again within six months.

Blomquist continued, "This is another good sign that this housing recovery is behaving much more rationally than the last housing boom, which was built largely on unfounded speculation rather than fact-based calculations."

The average sales price of a single-family home in the first quarter was $55,574 higher than the purchasing price. The gain reflects an unadjusted return on investment of 30 percent.

On average, flips in the first quarter took 101 days to complete, up from 92 days in the previous quarter.

"Investors interested in flipping houses are having to dig deeper into a new pool of inventory as the market surges," said Chris Pollinger, SVP of sales at First Team Real Estate, covering the Southern California market. "The affordable properties have quickly disappeared, pushing flippers into higher-priced properties with better margins and longer carry times."

According to RealtyTrac, 82 percent of all properties flipped in the first quarter were sold to owner-occupants. 18 percent were sold to buyers with a different mailing address than the property.

Additionally, 43 percent of all properties flipped in the first quarter were all-cash sales to new buyers.

Among metro areas with a population of at least one million and at least 25 single-family homes flipped in the first quarter, those with the highest share of flips were New York, New York (10.2 percent); Jacksonville, Florida (10.0 percent); San Diego, California (7.1 percent); Las Vegas, Nevada (6.7 percent); and Miami, Florida (5.9 percent).

Among major metros, those with the biggest decrease from a year ago in home flipping as a share of all sales were New Orleans, Louisiana (down 83 percent); Baltimore, Maryland (down 81 percent); Minneapolis, Minnesota (down 80 percent); Richmond, Virginia (down 80 percent); Detroit, Michigan (down 76 percent); and Washington, D.C. (down 73 percent).