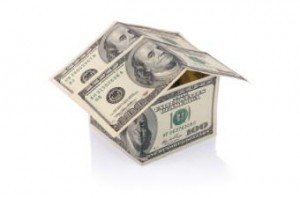 The housing market for older adults appears to be going strong, according to the National Association of Home Builder’s (NAHB) most recent 55+ Housing Market Index (HMI).

The 55+ HMI, released on Thursday, shows that most indices in the 55+ market are in the positive for the first quarter of 2015, all falling into the mid- to low-50s range. Any number over 50 is considered to be an indicator of a strong market, and this marks the fourth consecutive quarter that the 55+ HMI has remained above that mark.

Overall, NAHB’s VP of survey and policy research Paul Emrath said the outlook is good for the over-55 market.

Despite the HMI’s positive overall outlook, however, the index for single-family housing sales actually dropped by one point over the last quarter, decreasing from 59 to 58. According to the Emrath, this was likely due to a drop in buyer traffic, caused by rough winter weather throughout many parts of the country.

“The sentiment index for single-family 55+ housing edged down slightly,” Emrath said, “but this was due to a downturn in traffic, which we can probably attribute to weather.”

“Builders in many parts of the country were affected by a particularly severe winter, but builders and developers in the 55+ sector continue to be positive as we move forward in 2015,” said Timothy McCarthy, chairman of NAHB's 50+ Housing Council and managing partner of Traditions of America in Radnor, Pennsylvania. “The weather had an effect on traffic, and moderated and delayed settlement schedules. Nonetheless, 55+ builders’ confidence remains bullish on the outlook for the balance of the year.”

Both present sales and six-month expected sales of single-family homes on the 55-plus market increased, coming in at 64 and 67, respectively. Sales of multi-family condos remained the weakest segment of the over-55 market, dropping by four points to 38, but rentals of multi-family units actually rose on several counts. Present production of these rental apartments jumped by eight points, future production of rentals rose by one point, and current demand increased by three.

“The strong eight-point surge in the 55+ HMI survey’s index for multifamily rental production is a positive sign, and a contrast to the relatively low attitudes builders are currently expressing towards 55+ multifamily condos,” said NAHB Chief Economist David Crowe. “This suggests that there is a significant number of 55+ households who desire to live in dense multifamily settings but not to own, at least not right away.”