The 30-year loan fell from 3.69 percent last week and represents the lowest recorded by Zillow since the Web site began tracking mortgage rates in April 2008.

Interest rates for the 30-year also zigzagged across the country, falling most steeply in places like Colorado and Illinois.

Rates for the 15-year fixed-rate loan averaged 2.91 percent, alongside 2.52 percent for 5-year and 1-year adjustable-rate mortgages.

""Rates slumped today as new concerns emerge about Europe's ability to avoid a deeper debt crisis in the aftermath of the French and Greek elections, therefore encouraging investors to return to the relative safety of the U.S. mortgage bond and Treasury market,"" ""Erin Lantz"":http://www.zillow.com/profile/Erin-Lantz/, director of Zillow Mortgage Marketplace, said in a statement.

She credited uncertainty in Europe for the volatility in interest rates but said that the Web site expects mortgage rates to stay stable next week.

Experts say shifts in mortgage rates are closely tied to Treasury yields, which rise or fall on investor interest. With many investors fleeing to the safe haven of U.S. Treasury debt, yields continue to keep mortgage rates at all-time lows.

""_The Financial Times_"":http://edition.cnn.com/2012/05/07/business/asia-french-election/?hpt=hp_t1 reported that the euro fell 0.8 percent against the dollar to roughly $1.30, with scurrying investors worried that Hollande will brake on tough austerity measures and tie up plans to resolve widespread problems with public debt.

Investors also reacted to the election of a leftist party in Greece, led by parliamentary member Alexis Tsipras, who will likely unseat an unpopular current prime minister once the political organization he leads is able to form a majority coalition, according to ""_The New York Times_"":http://www.nytimes.com/2012/05/09/world/europe/radical-left-leader-in-greece-rules-out-coalition-with-losing-incumbents.html.

Previous: PHH Mortgage to Subservice $15.5B in HSBC Loans
Next: MGIC Writes $1.7B in New Insurance in April 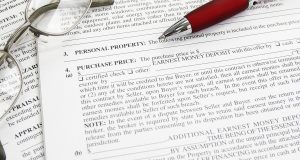