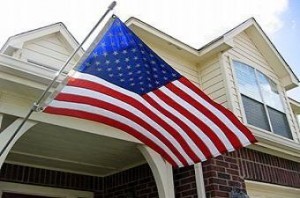 There are many metrics by which to judge the current administration against those of the past. This week, ValueWalk ranked the ‘best’ and ‘worst’ presidents as judged by their homeownership rates.

Making ValueWalk’s ‘best’ list were Presidents Clinton, Johnson (Lydon), and Carter who saw homeownership expand during their presidencies by 5.1 percent, just over 1.1 percent, and just under 1.1. percent, respectively.

At the beginning of the year, the Obama administration announced they were reducing FHA mortgage insurance premiums by 0.5 percentage points to make mortgages more accessible to credit worthy families. In a fact sheet detailing the move, the Office of the Press Secretary addressed many of the challenges the president has faced in regards to the housing market since he took office. “When President Obama took office, our housing market was in free-fall, and rising unemployment and plunging house prices posed numerous challenges for families and the broader economy. The President took immediate action to stabilize the housing market and protect the middle class. These steps helped millions of middle class families stay in their homes, save money on their mortgages, and turn their communities around,” the fact sheet stated.

In addition to lowering FHA mortgage insurance premiums; the fact sheet also highlighted other initiatives by the Administration to improve homeownership, such as building on successful federal mortgage assistance programs, which the fact sheet cited as having helped more than 8 million borrowers.