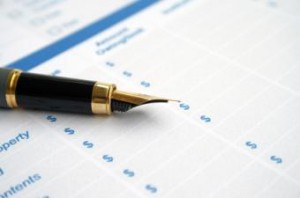 In the first quarter of 2016, consumers appear to be demonstrating strong repayment practices, while taking advantage of continued low-rate environment, according to data from the April 2016 Equifax National Consumer Credit Trends Report.

Equifax reported that lending standard are "exceedingly tight," with the median Equifax Risk Score falling at  749 in the first quarter of 2016. The median credit score for newly originated HELOCs is much higher at 788.

Equifax found that the total number of outstanding home equity installment loans in March is 4.5 million, a decrease of 1.8 percent from same time a year ago, and year-over-year, these loans fell much slower than usual at just 10.6 percent. In addition, total outstanding balances on home equity loans in March is $130.4 billion, a year-over-year decrease of 4.2 percent.

Outstanding HELOC loans totaled 11.0 million in March, down 3.2 percent, while the total balances outstanding on HELOCs  fell 3.9 percent in that same time to $489.9 billion. Equifax reported that The utilization rate on HELOCs has fallen below 50 percent for the first time since 2008.

First mortgages rose 0.6 percent year-over-year to  50.2 million as of March 2016, the report said. The total balances outstanding on first mortgages in that same time is $8.37 trillion, a year-over-year increase of 2.7 percent, while the severe delinquency rate is down from 2.35 percent in March 2015 to 1.65 percent in March 2016. The report also noted that severe delinquencies are at the lowest level since September 2007, as a share of both outstanding loans and balances.

Amy Crews Cutts, SVP and Chief Economist at Equifax said, “Homeowners are in the best financial shape they’ve been in since well before the start of the Great Recession. Total mortgage debt is down over $1 trillion, owner’s equity is up to $12.5 trillion, nearly double the amount held in 2011, and low inventories of homes for sale are driving prices up at a modest pace. Moreover, the average interest rate on outstanding mortgage loans keeps falling as more and more homeowners refinance into rates below 4 percent, giving borrowers more spending capacity each month."