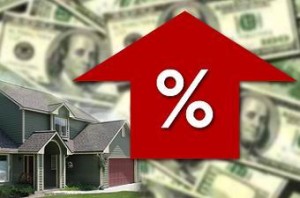 With 2014 nearing its halfway point, a broad spectrum look at more than 380 markets nationwide confirms home prices jumped 11.3 percent in 2013’s final quarter compared to the year prior.

CoreLogic [1] released Tuesday its own quarterly Case-Shiller Indexes [2], assembled using the company’s proprietary data supplemented with statistics from the Federal Housing Finance Agency (FHFA). The analysis differs from the monthly S&P/Dow Jones Case Shiller Indices in that it covers a wider range of markets over a different time frame.

While price percentages nationwide were up by double-digits in Q4, seven cities managed to shoot up into the 20 percent range year-over-year, with Las Vegas leading at 25.6 percent growth. The remaining six cities were all in California: Riverside (+23.8 percent), Oakland (+23.3 percent), Sacramento (+23.0 percent), Los Angeles (+20.3 percent), San Jose (+20.1 percent), and San Francisco (+20.0 percent).

The sharp increase comes as no surprise for the region, which has suffered from low inventory levels throughout the recovery.

“Limited construction of new homes and low inventories of existing homes for sale contributed to the jump in prices,” said Dr. David Stiff, principal economist for CoreLogic Case-Shiller. “Developers remain cautious about building too many new houses until they see stronger demand in their markets.”

Additionally, prices climbed up to new peaks in a number of metros, including Houston, Dallas, Denver, Honolulu, and Pittsburgh.

“These cities have never achieved price levels quite this high, not even in the record year of 2006,” Stiff said.

Even with so many markets remaining hot, CoreLogic is among those industry analysts calling for a drop-off in price gains this year. Through December 2014, the company predicts price appreciation will slow to 5.3 percent nationally, though that still comes in above the long-term annual average of 4.5 percent.

“For the remainder of 2014, investor demand and sales of foreclosed properties should drop off quickly. Traditional buyers are returning slowly to the market, but cannot replace demand from investors who led the market in recent years,” Stiff said.