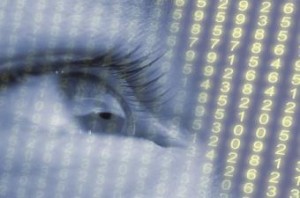 A booming tech sector and overall job and income growth have helped fuel a real estate boom in San Francisco, according to a recent special commentary from the Wells Fargo Economics Group [1]. The group found that the city's perennially tight housing market has gotten even tighter, pushing rents and home prices up.

One emerging trend is the increased numbers of younger tech workers living and working around downtown San Francisco. The group comments that major tech companies—Twitter, Dropbox, Square, Trulia, and Salesforce.com—are setting up shop in downtown San Francisco. A wave of new office construction for the recently relocated tech giants has set off a wave of accompanying apartment development.

The group notes that jobs in the tech sector increased 6.9 percent in the last year alone. By comparison, the financial and legal sectors in San Francisco have declined 0.7 percent in the same time. The area's unemployment rate has also fallen, down to 6.4 percent, its lowest level in almost six years.

Due to the increase in employment in and around the Bay Area, the supply of homes and apartments available for sale or rent remains exceptionally tight. San Francisco has a 2.8-month supply of homes on the market, down from 4.0 months a year ago.

Although rising rents and tight inventories have led to a surge in new construction, the new supply is barely able to keep pace with demand. "Multi-family permits, which include both apartments and condominiums, surged 30.4 percent in Santa Clara County during 2013 and have eclipsed previous highs for this market," the group said.

Single-family home building is rebounding, but only "slowly and off exceptionally low levels."

Concerns over the rapid expansion of the tech industry are rising to the surface, as lower income residents are feeling the effects from higher costs of living. The group cautiously noted, "There is little doubt that San Francisco’s near-term economic fortunes ride with prospects for the tech sector, which has directly accounted for 25.3 percent of the jobs created in San Francisco over the past year and more than 32.1 percent of job growth in Silicon Valley."

The group is careful to note that while concerns over the Bay Area's economy becoming another dot-com crash are possible, "traditional valuation measures are much different than they were during the run-up during the tech bubble in the late 1990s."

The group cited a lower price/earnings ratio of the NASDAQ, as well as the diversification of tech firms as signs of more stable growth for the economy, and thus, housing.