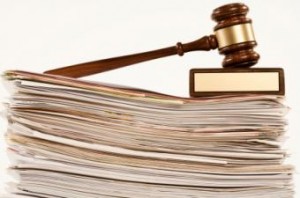 The Consumer Financial Protection Bureau's (CFPB's) TILA-RESPA Integrated Disclosure (TRID) rule went into effect over six months ago and took the industry through many changes in their mortgage process.

Many in the mortgage industry have complained of the complexity of implementing the rule and the difficulty of complying, despite the rule’s goal of making it easier on all parties involved to close a mortgage loan. But do homebuyers share these same sentiments?

TD Bank's fourth annual Mortgage Service Index, which surveyed 1305 home owners who purchased a home in the last 10 years and have a mortgage, found that consumers had an overall good experience with the new mortgage Loan Estimate and Closing Disclosure forms related to TRID.

However, despite the less than stressful experience with the TRID forms, 63 percent of consumers said that the new forms prevented them from closing their home within their desired time frame, the report said.

On a positive note, for both the industry and consumers, the CFPB recently hinted at some TRID relief coming soon.

CFPB Director Richard Cordray has written a letter to the financial industry trades and their members recognizing the “operational challenges” the industry is experiencing as a result of the Bureau’s TILA-RESPA Integrated Disclosure (TRID) rule implemented last October.

With that in mind, Cordray said in his letter that the Bureau is considering making some “adjustments” in the regulation text to provide greater certainty and clarity.

“We recognize that many of implementation of the Know Before You Owe rule poses many operational challenges,” Cordray wrote. “We also recognize that implementation is particularly challenging because of the diversity of participants, from small to large financial institutions, mortgage brokers, real estate brokers, and title companies, through warehouse lenders, investors, due diligence firms, and ratings agencies, whose perspectives may vary as to what compliance under the rule requires.”

Cordray continued, "We will continue to work with industry, consumers, and other stakeholders to support a smooth transition for the mortgage market. As we do so, we and other regulators are all agreed that our oversight of the implementation of the Know Before You Owe mortgage disclosure rule in the months ahead will continue to be sensitive to the progress made by those entities that have squarely focused on making good faith efforts to come into compliance with the rule."