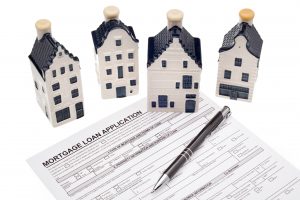 As homes become more and more difficult to buy, whether it be a matter of affordability, rising rates, or a lack of desirable options due to inventory issues, mortgage application volume pushed further downward this week, dipping 11% week-over-week, according to the latest survey from the Mortgage Bankers Association (MBA).

“Mortgage applications decreased for the first time in three weeks, as mortgage rates–despite declining last week–remained over two percentage points higher than a year ago and close to the highest levels since 2009,” said Joel Kan, MBA’s Associate VP of Economic and Industry Forecasting. “For borrowers looking to refinance, the current level of rates continues to be a significant disincentive.”

Freddie Mac reported that the 30-year fixed-rate mortgage hit 5.30% last week, up over the previous week and yet another affordability challenge added to the list for prospective homebuyers.

“Purchase applications fell 12% last week, as prospective homebuyers have been put off by higher rates and worsening affordability conditions,” added Kan. “Furthermore, general uncertainty about the near-term economic outlook, as well as recent stock market volatility, may be causing some households to delay their home search.”

Overall, the refi share of mortgage activity increased slightly this week to 33% of total applications from 32.4% the previous week, as more who had yet to take advantage of pandemic-era low rates jumped in and decided to lower their monthly rate and cash out.

Perhaps in anticipation of sliding rates, the adjustable-rate mortgage (ARM), which had been gaining in popularity the past few weeks, saw share of ARM activity fall slightly to 10.3% of total applications, down from 10.8% week-over-week.

Other data indicates that buyer frustration is feeding an increasingly cooling market, with several factors weighing in on the decision-making process for buyers. As mentioned, rate and a lack of inventory are just two issues faced by buyers as detriments to pursuing the American dream. Redfin recently reported that fewer people searched for “Homes for Sale” on Google, with searches during the week ending May 7, 2022, down 6% year-over-year. Redfin’s Homebuyer Demand Index—a measure of requests for home tours and other homebuying services from Redfin agents—was down 7% year-over-year during the week ending May 8, having dropped 19% in the past four weeks, compared to an 11% decrease during the same period a year earlier.

Salt Lake City Redfin Real Estate Agent Rin Barrett noted, “We are seeing more price drops in recent weeks and homebuyers are starting to find some relief from competition. People who have been looking for a long time and were consistently getting beat out by other buyers are starting to get their offers accepted. They may be settling for a home that's not in an ideal location or needs some work, but they're happy because a few months ago even those seemed impossible to win. However, desirable homes in prime locations are still selling fast and for a premium, with no apparent slowdown so far.”