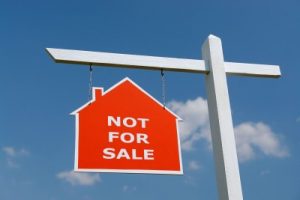 Compared with one year ago, the market potential for existing-home sales increased 30%, a gain of 1,450,345 (SAAR) sales. (The year-over-year comparison is very large this month as the housing market came to a halt last year at this time when the pandemic shut down the economy. Housing rebounded sharply in the summer).

Today's potential existing-home sales is 481,854 (SAAR), or 7.1% below the pre-recession peak of market potential, which occurred in April 2006, the analysts said.

First American's Chief Economist Mark Fleming added that "relative to two years ago, housing market potential is 16.7% higher and will likely remain elevated as rates continue to hover near historic lows, the economy improves and puts upward pressure on wages, and millennials continue to choose homeownership over renting."

What really fueled the bulk of the increase in housebuying power this month was increasing household income, he said.

"We estimate household income as a function of average hourly earnings and the average number of weekly hours worked [1]. In April, average hourly earnings increased by 0.7%, considerably higher than the 2009-2020 average monthly growth rate of 0.2%. The number of average weekly hours worked also increased modestly in the month of April,” Fleming said. "As more and more people are vaccinated and the economy strengthens further, demand for labor increases, and that puts upward pressure on wages [2] as employers compete to attract employees [3], as was the case in April.”

However, the market continues to grapple with the conundrum that is the supply shortage. "You can't sell what is not for sale," Fleming said.

And although the sellers' market is robust, many hesitate to sell due to the difficulty of finding a new home in this market. "If sellers all chose to sell, they would benefit as buyers because the inventory of homes for sale would increase and alleviate the supply shortage."

The result of this dilemma, Fleming says, "is increasingly higher average tenure length, which reached a historical high of 10.56 years in April. Existing homeowners staying put accounted for more than 15,000 fewer potential home sales in April."