Home >> Daily Dose >> The Week Ahead: GDP Growth in the Spotlight

The Week Ahead: GDP Growth in the Spotlight 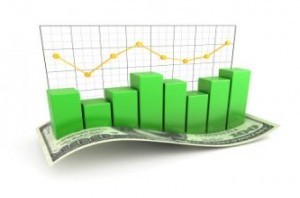 The Bureau of Economic Analysis will release the second of three estimates for the nation's first quarter GDP growth on Friday, May 27. In the advance estimate for the first quarter released in late April, the BEA reported GDP growth to be a weak 0.5 percent. GDP growth has been weak for the last several first quarters; last year, it came in at 0.7 percent.

Housing experts have downwardly revised their economic forecasts for the full year of 2016. Last week, Fannie Mae announced its forecast for GDP growth for the year was now 1.7 percent, down from 1.9 percent the previous month and from 2.2 percent at the beginning of the year. Also last week, Freddie Mac revised its GDP forecast for the full year from 2.0 percent down to 1.8 percent.

It's no secret that inventory is on the scarce side in the housing market, which is causing a domino effect of issues for homebuyers trying to purchase a home. The mortgage industry is now anticipating where new single-family home sales will fall for April after coming up short the month before.

On the upside, inventory looked promising in March, reaching the highest level since September 2015. The number of homes for sale in the U.S. rose month-over-month and year-over-year.

"Persistently low inventory of existing homes is making it difficult for homebuyers to find properties to buy, and pushes prospective buyers away from existing homes towards new homes. This allows builders to sell more new homes that haven’t yet been built," said Ralph B. McLaughlin, Chief Economist at Trulia.

Previous: An Industry on Bated Breath for PHH v. CFPB
Next: Is Homeownership Out of Reach for Millennials?