The Ups and Downs of California’s Housing Market 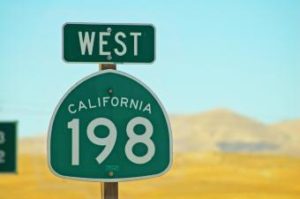 Home sales in California increased 37.4 percent in March from February 2018 but showed a modest decline of 3.7 percent over the same period last year according to CoreLogic’s analysis of the Golden State’s housing market at the end of the first quarter of 2018.

The report said that 39,867 new and existing homes and condos sold across the state in March, recording the second-highest month of home sales for that month in five years.

Similarly, the San Francisco Bay area recorded sales of 7,122 new and existing houses and condos at a median price of a record $820,000, up 14.7 percent from $715,000 recorded during the same period last year, and only 0.6 percent below the region’s June peak in 2006 after adjusting for inflation.

“The rise in prices and mortgages rates over the past year has not yet led to a large statewide increase in the use of adjustable-rate mortgages, or ‘ARMs,’ which have lower initial rates and payments,” CoreLogic said. In March 2018, ARMs represented 11.7 percent of all home purchase loans, an increase of 11.1 percent from the same period last year, but well below the 2000-2006 average monthly ARM share of 49.8 percent.

According to the report, the share of ARMs in more expensive counties such as Orange County in Southern California made up 17.9 percent of March purchase loans. In Santa Clara, which is part of the Silicon Valley ARMs made up 41 percent of total purchase loans.