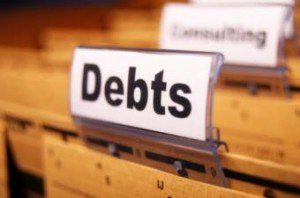 During a May 19 commencement address at Atlanta’s Morehouse College, billionaire Robert F. Smith announced that he would be paying off the graduating class' student debt. Just how much could such a financial windfall impact potential homeownership among those graduates?

According to a report by Redfin, those 396 graduating seniors could save for a down payment on a median-priced house in Atlanta in just 7.3 years, compared to 12.9 years if they had to pay off their loans.

U.S. Senator Elizabeth Warren has introduced a proposal as part of her presidential campaign that would cancel up $50,000 of student loan debt per person. This proposed plan would allow potential homebuyers to save for a down payment in nine years, which is three years faster than the 12 it currently takes.

“The idea of taking on a mortgage when you’re still paying off tens of thousands of dollars in student loans is a non-starter for many people,” said Redfin Chief Economist Daryl Fairweather. “If student debt were eliminated, college grads would be able to start building wealth through homeownership, laying down roots and contributing to their communities years earlier in their lives. An influx of young, educated homeowners could have positive impacts on neighborhoods and society at large.”

Redfin bases these figures off student loan debt data by metro area from LendingTree, income data from the Bureau of Labor and Statistics, and local home price data. The data states that the average salary for a first-time buyer between the ages of 24-44 is $65,879, with the average amount of student debt being $17,938.

Metro areas with the highest ratios of student debt to income could see the biggest decrease in time to save for a down payment. Areas such as Memphis, Tennessee (4.3 years quicker), Birmingham, Alabama (4 years quicker) and New Orleans, Louisiana (3.9 years quick) are where debt-laden students would benefit the most.