18% of Americans Say Owning a Home Not Worth Risk 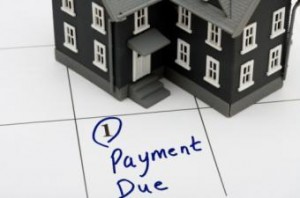 In a poll released this week, nearly one in five Americans say they don't think owning a home is worth the risk in today's uncertain economy.

The poll, conducted by the National Foundation for Credit Counseling (NFCC), shows 18 percent of respondents are not willing to assume the risks and obligations associated with taking out a mortgage loan.

NFCC says the findings are consistent with the Census Bureau's latest household data showing a national homeownership rate of 64.8 percent in the first quarter—a 19-year low.

"The housing crisis, recession and continued economic instability appear to have shaken the confidence of many Americans, particularly when it comes to big-ticket items such as a house," said NFCC spokesperson Gail Cunningham.

Indeed, while Americans have been generally optimistic about housing—with 82 percent in NFCC's survey insisting "owning a home remains a critical part of wealth building"—banks are reporting weakening demand for loans, owing in part to tighter lending criteria and consumers’ doubts as to whether they can qualify.

Meanwhile, Cunningham notes "the unwillingness to take on a mortgage loan may be a smart decision for some, as many borrowers have learned the hard way that homeownership does not come with a guarantee of continually increasing equity."

With so many Americans still listing homeownership as a future goal, NFCC suggests most would be better off renting until they're fully prepared to take on all of the associated responsibilities, including paying a mortgage, home and lawn maintenance, and taxes and insurance.

"Homeownership is about much more than buying a home," the group said in a release. "Renting until they are in a position to buy can help a person avoid a costly mistake, including the negative ramifications of foreclosure."