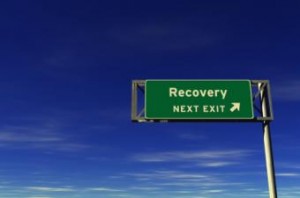 Perhaps the best way to describe economic growth in U.S. metro markets is: It's getting there, slowly but surely.

The First American Leading Markets Index (LMI) , a report released Thursday by the National Association of Home Builders showed that 56 of approximately 350 metro markets nationwide have returned to or exceeded their last normal levels of economic and housing activity, as recorded before the recession. This is nine more metros than a year ago, suggesting that even though the lion's share of metros in the U.S. are still underperforming, more are coming back to stable ground.

In large metros, Baton Rouge, Louisiana, remained atop NAHB's list of most-improving cities. According to the NAHB, Baton Rouge is 40 percent better than its last normal market level. Other major metros at the top of the list include Honolulu, Hawaii; Oklahoma City, Oklahoma; Austin and Houston, Texas; Los Angeles and San Jose, California; Harrisburg and Pittsburgh, Pennsylvania; and Salt Lake City, Utah.

In small metros, Odessa and Midland, Texas, are now at double their strength prior to the recession, according to the LMI report. Similarly, housing economies are greatly improving in Bismarck and Casper, Wyoming and Grand Forks, North Dakota.

Even though the majority of metros are not quite back to pre-recession strength, the remaining 294 metros are, on average, about 88 percent of the way to where they should be, and nearly 250 of those have improved in the past year. Additionally, more than a third of all markets are operating at a level of at least 90 percent of previous norms, which, according to Kurt Pfotenhauer, vice chairman of First American Title Insurance Co., bodes well for a continuing housing recovery in the year ahead.

According to NAHB chief economist David Crowe, the one lagging component in the LMI is in single-family housing permits, which is only 43 percent of the way back to normal. Meanwhile, home prices are 26 percent above their last normal level and employment is at 95 percent of its previous norm. "In the 22 metros where permits are at or above normal, the overall index indicates that these markets have fully recovered," Crowe said.

"Markets are gradually returning to normal levels of housing and economic activity," said NAHB chairman Kevin Kelly. "When we see more sustainable levels of job growth, this will unleash pent-up demand and bring more buyers into the marketplace."

Job growth appears to be growing steadily as well. On Wednesday, the Federal Reserve released the results of its latest Beige Book survey, which found that economic conditions across the U.S. and across the board have largely improved since the end of the first quarter.

As for demand, the latest results are mixed. While Redfin's latest Real-Time Demand Pulse, released June 2, showed a 2.1 percent drop in home tours among home shoppers in April, it also showed a 15.8 percent rise in home tours compared to the year prior.