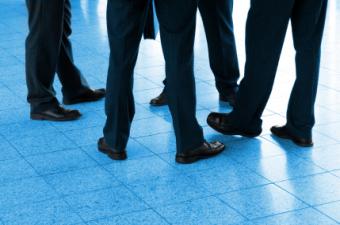 Negative reports on the economy may be shaking up confidence, but ""Capital Economics"":http://www.capitaleconomics.com/ released a report Friday stating that in their view, the foundations for a sustainable recovery are still in place.

The employment situation in the U.S. and issues overseas such as the euro-zone crises are all taking a toll on the economy and consumer confidence.

Yet, there are still reasons to make the argument that the recovery is not going to be derailed.
Home sales and prices have increased, and mortgage affordability continues to be at an all-time high.

On Thursday, ""Freddie Mac"":http://www.freddiemac.com/ reported the 15-year fixed rate fell even further below 3 percent while the 30-year slipped to another new low, increasing affordability.

Capital Economics highlighted activity in home sales, and stated that the rise in sales in April suggests a modest recovery in the housing market is still on track. Recently, the ""National Association of Realtors"":http://www.realtor.org/ (NAR) released a report showing home sales rose by 3.4 percent month-over-month in April and rose by 10 percent from a year ago.

However, home purchase applications declined by 1.1 percent, according to a report from the ""Mortgage Bankers Association"":http://www.mbaa.org/default.htm released Wednesday. Capital Economics credited the decrease to cash buyers who are driving up sales activity but are not dependent on hard-to-secure mortgage financing.

The research firm pointed to a survey from the NAR, which suggested that 499,000 of the 570,000 increase in home sales since the low in July 2011 has been driven by cash buyers and investors.

When analyzing the state of the recovery based on inventory, Capital Economics said tighter inventory is helping to drive up housing starts, which the ""National Association of Home Builders"":http://www.nahb.com/ reported rose by 2.6 percent in April from the month before in March.

As for home prices, releases from Case-Shiller and ""CoreLogic"":http://www.corelogic.com/ lead Capital Economics to be upbeat about home prices as well.

While the Case-Shiller index declined on a quarterly basis, the 20-city index increased monthly by 0.1 percent in March and the national index rose by 1.1 percent on a seasonally-adjusted basis quarter-over-quarter.

Capital Economics said the split outcomes may be due to the fact that prices are rising faster in areas outside of large metro areas.

However, according to ""Trulia"":http://www.trulia.com/, asking prices fell flat in May, suggesting ""house prices will soon pause for breath,"" the research firm wrote.

Remaining unswayed, Capital Economics stated, ""On the other hand, the continued tightening in supply conditions looks consistent with further gains in house prices.""

According to an analysis of historical home sales, ATTOM finds the best and worst days of the year to buy a home.