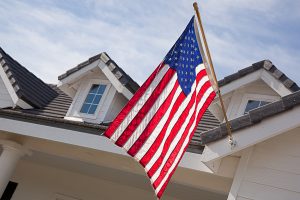 The single-family home has been the main driver of wealth building among the middle class and that ideology has affected policy in one way or another in seeming every facet of the government.

“Owning a home is undoubtedly an effective means of wealth building, including for households of color,” the Urban Institute said in a new article. “In 2019, Black homeowners had a median household wealth of $113,130—a majority of which came from their homes—more than 60 times that of Black renters. The disparity was similar, if slightly less stark, for Latinx households.”

But according to the Urban Institute, policymakers’ focus on homeownership hasn’t led to meaningful progress in closing the racial wealth gap; the disparity in wealth between white and Black households is larger now than it was in 1968, when the Fair Housing Act was passed.

“This gap is a result of historic and ongoing structural racism and systemic discrimination in not just housing but also employment, education, banking, and policing,” the Urban Institute said. “As a result, though efforts to ensure households of color have equal access to homeownership are important for narrowing the racial wealth gap, closing it will require bold, structural reform that goes beyond any one policy.

Experts have continually questioned the merits of pushing homeownership as a policy goal as there is evidence that focusing on only expanding access to homeownership is not just insufficient to closing the racial wealth gap but also excludes the very people it is meant to help, is in equitable, and unsustainable in its current form.

More than half of Black- and Latinx-led households are renters, who do not benefit from policies targeted to homeowners

The share of Americans who own their home is the lowest in four decades. Despite that number increasing in recent years, this number is expected to drop even further due to recent trends.

In 2019, the homeownership gap between Black and white families reached an all-time high of 32.5 percentage points.

“According to the Urban Institute, homeownership rates for people of color also remain low, in part because of policies and practices that have prevented Black people and other people of color from purchasing homes. Renters currently represent nearly 40 percent of all households, and more than half of Black- and Latinx-led households are renters.”

“Subsidizing homeownership as the primary route to building wealth thus excludes a significant portion of the population, who are disproportionately people of color. And though homeowners benefit from both tax breaks and rising property values, the latter have been linked to higher rents, which further disadvantage renters. Moreover, policies that privilege homeowners over renters may press families who are unwilling or unable to purchase homes into doing so, sometimes to their financial and psychological detriment.”

The benefits of homeownership are smaller for people of color, while the costs and risks are larger

Homeownership is not an equitable means of wealth building either: one of the key reasons that people of color do not see the same wealth from their home as their white counterparts is that Black and Latinx households tend to own lower-priced homes in disadvantaged neighborhoods. While a litany of other aspects such as disparities in income contribute to this discrepancy, a large share has also been attributed to racial bias: one study found that homes in majority-Black neighborhoods across the country are underpriced by up to 23 percent, resulting in a staggering $156 billion in lost home equity.

“And despite purchasing lower-priced homes on average, Black homeowners have more mortgage debt (both in absolute terms and relative to the price of their homes), which contributes to greater financial risk,” the Urban Institute said. “Research has found that Black and Latinx homeowners of all income levels experience higher rates of distressed home sales, including foreclosures, which lead to lower annualized returns on average. Over 10 years, this disparity results in Black and Latinx homeowners receiving returns on their investments that are 44% and 22% lower than white homeowners’, which limits longer-term wealth accumulation.”

“Compounding the issue is that homeownership costs (which, in addition to mortgage payments, include property taxes, maintenance costs, and insurance) are higher for homeowners of color than for white homeowners. Some of these higher costs have been attributed to racist practices, such as unfair methods of assessing property taxes. These further limit the benefits households of color receive from owning their homes, both relative to renting and when compared with white households.”

Due to the fact that most home across the country are detached single-family homes, policies that explicitly push this idea encourage urban sprawl at the expense of higher-density living. These harmful effects are disproportionately borne by communities of color, which compounds existing inequities.

“In addition, a third of all homes in the US are considered to be at high risk of damage from natural disasters, and communities of color bear the brunt of this damage,” the Urban Institute said. “One study analyzing changes in household wealth in counties with high damage from natural disasters found that white households experienced an increase in wealth of $126,000 on average over a 14-year period, while Black and Latinx households experienced an average loss of $27,000 and $29,000.”

“The emerging practice of “bluelining”—drawing arbitrary lending boundaries around neighborhoods perceived to have increased environmental risk (which often coincides with previously redlined neighborhoods)—threatens to further depress home values in neighborhoods of color and suggests that focusing only on subsidizing homeownership for wealth building is also unsustainable in the longer term.”

So what can be done? The Biden Administration is addressing some aspects of the racial wealth gap and creating policy to expand access to homeownership such as by tackling the appraisal bias and promoting small-business ownership.

But more can always be done, the Urban Institute said. Beyond ensuring that households of color have equal access to homeownership and its benefits, some additional strategies that policymakers at all levels could consider include the following: