Americans are experiencing significantly fewer financial troubles than they were a month ago, according to the latest index from ""Consumer Reports"":http://www.consumerreports.org/cro/index.htm.

The Consumer Reports Trouble Tracker Index, which measures the proportion of consumers that have faced financial difficulties and the number of events they've encountered, fell sharply from 41.7 in the last report to 34.0--the lowest level since the measure was created. As of the latest report, the tracker has fallen more than 50 percent from its reading of 68.7 in September 2009.

The greatest drop in financial difficulties over the past month was among those in households earning less than $50,000, while those living in homes earning more than $100,000 also saw a decline. Meanwhile, middle-income Americans reported a slight rise in financial worries.

""The data offers a glimpse that consumers may be starting to see and feel the progress of the economic recovery,"" said Ed Farrell, director of consumer insight at the Consumer Reports National Research Center.

The Consumer Reports Index's sentiment measure declined 1.9 points to 52.6 from its record high of 54.5 last month, ""but overall remains in positive territory,"" according to Consumer Reports. The drop was attributable to a fallback among two segments: consumers in households earning less than $50,000 and those with a high school education or less.

At the same time, the index's employment measures showed job gains outpacing losses for the third straight month, with the measure itself rising slightly to 50.6 (from 50.3 a month earlier). The uptick was attributable to an increase in the proportion of Americans starting a new job in the past 30 days. The only group that lost more jobs than it gained was those with a high school education or less.

There was good news for retail, too: The index's past 30-day retail measure ended its four-month streak of declines, ticking up to 9.2 from 8.7 a month ago. Among the retail categories the index tracks, the gain was driven mostly by a large seasonal rise in the major lawn and garden equipment category, with a small boost coming from major appliances.

On the other hand, consumers still seem uncomfortable with robust spending. Planned spending for the next 30 days--reflecting potential June activity--was at 6.0, its lowest level since the measure was created in April 2009.

""Despite the improvements, consumers are still frigid about robust spending. We are watching closely waiting to see how long it will take them to thaw out from the mindset created by the conditions of the past five years,"" Farrell said.

Finally, Americans expressed feeling slightly more stressed, with that measure rising to 55.2. The most stressed groups were women, those in households earning under $50,000, those ages 18-34, and those in the Northeast, the group reported. 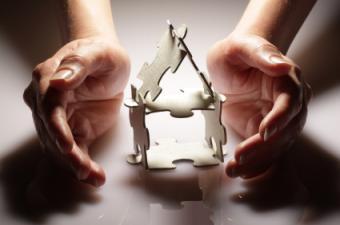 NAR finds housing still in high demand as vaccinations are rolled out and stimulus measures are passed to start 2021.