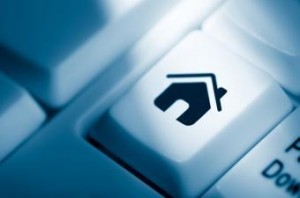 As the effects of the April "Heartbleed" bug continue to weigh on consumers' minds, a survey finds relatively few Americans have real confidence in companies' ability to keep their personal information secure.

In a poll released this month, Gallup reports only 21 percent of consumers put "a lot" of trust in the security efforts taken by companies they regularly do business with. Nearly half said they have "some" trust for those companies, while a combined 30 percent have little to no trust at all.

Furthermore, reflecting on the past year, 37 percent of consumers polled say their general level of trust in the businesses they patronize has declined either a little or a lot.

"Recent incidents such as Target's security breach, the Heartbleed bug, and eBay's systems hack have called attention to how much consumers trust the businesses they patronize to keep their personal information safe," wrote John Fleming and Elizabeth Kampf at Gallup. "That trust currently appears to be hard to come by."

News was mixed for the financial services industry. While consumers expressed the most trust for banks and credit card companies, Fleming and Kampf say that higher confidence could stem from the fact that these businesses are subject to increased regulatory scrutiny as the result of the 2008 financial crisis.

Meanwhile, while 41 percent of consumers before the crisis said they had "quite a lot" or "a great deal" of confidence in U.S. banks, as of March 2014, only 22 percent were willing to say the same—a mere percentage point higher than where confidence was in June 2012.

Nevertheless, Fleming and Kampf say the results show an area of opportunity for the banking industry as companies continue to fight to regain the public trust.

"Personal finance is personal, and there isn't a way around it," they wrote. "Banks need to assure customers that they are on their side, looking out for the security of consumers' sensitive information and keeping their best interests top of mind. In an increasingly insecure world, consumers need all the data security friends they can get."

Previous: Report: BofA Mortgage Settlement at an Impasse
Next: Is Automated Appraisal Analysis the Right Next Step?