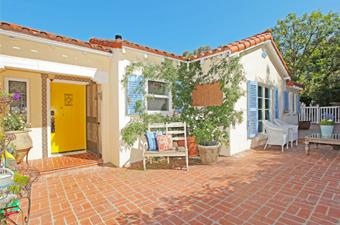 Another comedian is set to sell his California estate. Funnyman and host of ""The Late, Late Show"":www.cbs.com/shows/late_late_show/ on CBS, Craig Ferguson, has put his Los Angeles home ""on the market"":http://luxe.truliablog.com/2012/06/craig-ferguson-selling-home/ for $1.995 million.

The property, which is located in the city's Beachwood Canyon area, was built in the 1930s, and the Spanish-style villa is said to reflect a classic, Old Hollywood aesthetic. The 2,385-square-foot house is well preserved, and the home still features its original stained glass windows, tile, and hardwoods.

According to ""Trulia Luxe"":http://luxe.truliablog.com/2012/06/craig-ferguson-selling-home/, Ferguson is already on the move, having purchased a $4.1 million Craftsmen home on nearby Canyon Drive in April.

A new report suggests public housing may not only be a viable option, but is one that is starting to garner some support among lawmakers.