Single-Family Starts Decline in May; Permits Pick Up 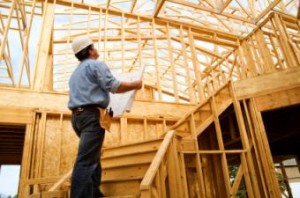 Despite a month-to-month decline from April, new housing construction looked relatively solid in May compared to recent months.

According to figures released by the Census Bureau and HUD, privately owned housing starts last month were at an estimated seasonally adjusted annual rate of just more than 1 million, down 6.5 percent from April's slightly revised estimate of 1.07 million but still the second strongest number so far this year.

Compared to May 2013, homebuilding last month was up 9.4 percent.

The government's report presented mixed news on the single-family front: While starts were down nearly 6 percent to a rate of 625,000, April construction was stronger than originally reported, rising up to 664,000 from an initial estimate of 649,000.

Multifamily starts, meanwhile, fell 8.3 percent to an annualized rate of 366,000. While homebuilding has strengthened since dropping at the start of the year, much of the recovery has been in the multifamily segment.

In a letter to clients, analysts for Wells Fargo's Economics Group said demand for new single-family homes will need to get more of a boost from stronger economic growth. "The number of quality jobs added so far in this recovery has been more supportive of apartment demand than single-family homes," the group said.

Meanwhile, building permits for new construction were at a seasonally adjusted annual rate of 991,000, a 6.4 percent decline from April's revised rate of 1.06 million.

While permits for single-family homebuilding were up 3.7 percent, that gain was more than offset by a 20.4 percent fall in multifamily issuance.

Tuesday's release comes a day after the latest measure of builder confidence from the National Association of Home Builders (NAHB), which showed a pickup in sentiment as sales expectations improved. However, Wells Fargo's analysts have their doubts: "While the NAHB/Wells Fargo Home Builders' Market Index posted a solid 4-point gain in June, we do not expect conditions to materially improve that quickly."