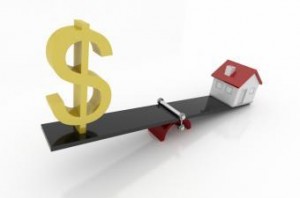 Pro Teck Valuation Services released its May Home Value Forecast (HVF), which detailed affordability indexes for Houston and Miami. The report found that although home prices have been rising steadily, housing is still very affordable when considered on historical terms.

"Although home prices have been rising steadily this past year, housing is still very affordable in historical terms," said Tom O'Grady, CEO. "Most markets still have a way to go to reach their previous peak.  With some modest improvement in employment and still historically low mortgage rates, housing as a whole is affordable. The real problem for many potential home buyers is other debt such as student loans for first time buyers and tight credit."

"On the other hand, Houston, historically very affordable, did not see the bubble of many other markets and with strong employment, housing has seen prices increase leading to a down turn in affordability," O'Grady said.

He continued, "Over the last year the affordability index went from 245 to 200, still very affordable—but some markets in good commuting distance to downtown have seen an even more dramatic increase in home values and a correlating drop in affordability."

The company also released its analysis of the best and worst performing metros in the nation.

The worst metros all share some similar indicators of why they are underperforming.

"The bottom ten are fairly consistent in three indicators: sales change percentage; active days on market percent change; and, foreclosure ratio percent change," O'Grady said. "Sales are slowing down, days on the market are growing, and the percentage of foreclosure sales are increasing, all leading to a softer market."