Home Price Growth: An End to the “Great Cooldown”? 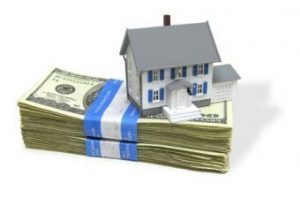 Home-price gains fell in the latest S&P CoreLogic Case-Shiller Home Price Index (HPI), with April’s gain coming in at 3.5%, a drop from 3.7% the month prior.

April’s report is the 13th consecutive month of slowing home-price growth, which is now at its lowest level of growth since September 2012.

“The U.S. housing market is showing signs the cooldown may end within the next few months. While the slowdown is now in its 13th consecutive month, half of the country’s markets are now seeing an increase in home price appreciation from March to April,” said Ralph B. McLaughlin, Deputy Chief Economist and Executive of Research and Insights for CoreLogic. “This suggests the great cooldown of 2018-2019 might be coming to an end. Coupled with mortgage rates falling to 18-month lows, it seems the housing market frost is poised to thaw quickly this summer.”

According to the report, Las Vegas, Nevada, Phoenix, Arizona, and Tampa, Florida, reported the largest gains from 2018. Las Vegas had the highest increase in the nation at 7.1%, and was followed by Phoenix’s 6% increase. Tampa reported a 5.6% increase.

“The Case-Shiller Home Price Index is a lagging indicator of conditions in the housing market.  As a result, even though home sales and housing starts have rebounded, home price growth continued to slow in the past few months,” said Tian Liu, Chief Economist at Genworth Mortgage Insurance. “However, a rebound in the housing market must include a stabilization, followed by a rebound in home price growth, shown in April’s data.  Many homebuyers have taken advantage of the lower interest rate environment by taking out bigger mortgages. That extra purchasing power is finally showing up in home prices.”