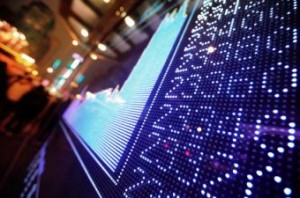 A new market report suggests both purchase and refinance originations will pick up momentum in the coming months, though that trend may not last, with mortgage rates expected to lift.

Analyzing data as of the end of May, Black Knight Financial Services reported another gain in monthly prepayment activity—an indicator of refinancing—marking the third straight month of increases. At the same time, long-term fixed mortgage rates fell to 4.19 percent, their lowest level in more than half a year.

"Looking at this situation at a more granular level, we found that although prepayment rates actually decline on 2008 vintage loans, that year's mortgages still represent the highest total rate of prepayments," said Kostya Gradushy, manager of loan data and customer analytics for Black Knight. "For 2009 through 2013 vintages, prepayments were up across the board over the past few months."

While up 21 percent since the start of the year, refinance activity remains down significantly from levels observed during the boom in 2012 and early 2013, the company says. In a similar report released Wednesday, Capital Economics found refinance applications are in June were down 75 percent compared to boom levels.

Overall, the company reports that credit standards don't appear to be easing for either purchase or refinance loans, "as both average loan-to-value (LTV) ratios and credit scores on both purchase and refinance originations remain relatively strict and essentially unchanged."

However, looking at distressed borrowers (those 90 or more days past due or in foreclosure), 78 percent are in negative equity.