Month-over-month, asking prices inched up by 1.5 percent and rose 4.1 percent on a quarterly basis.

Trulia also tracked the 100 largest metro areas and revealed 99 markets experienced an increase in asking prices over the last year.

While home prices have been trending upward for more than two years in markets such as San Jose, Phoenix, Denver, and Miami, certain market-- especially along the

East Coast and Midwest--finally bottomed out over the past six months.

According to Trulia's chief economist Jed Kolko, the increase in home prices and mortgage rates has added a significant cost to homeownership.

""In the past year, buying a home has become at least 20 percent more expensive,"" said Kolko. ""For young first-time homebuyers who don't remember life during and before the bubble, these rising costs are a rude awakening.""

Rents rose at a slower pace of 2.8 percent year-over-year, though it was still the biggest increase since January. In Houston, New York, and Philadelphia, rents picked up at a faster pace than asking prices.

Though, the scenario was reversed in Las Vegas; Oakland, California; and Sacramento, where asking prices shot up by at least 30 percent while rents saw a slight decrease over the last year. 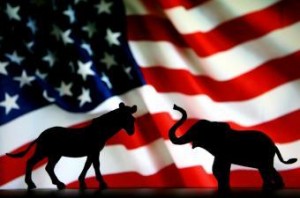