Home >> News >> Data >> Underwater Loans Down by Half in First Quarter 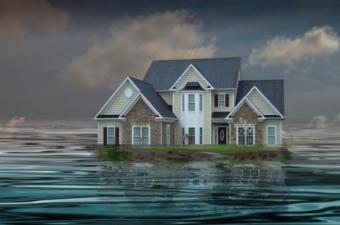 Underwater Loans Down by Half in First Quarter

The number of underwater borrowers dropped by nearly half from Q1 2012 to Q1 2013, ""Lender Processing Services"":http://www.lpsvcs.com/Pages/default.aspx (LPS) reported in its May Mortgage Monitor.

As of the end of Q1, the total share of mortgages with loan-to-value (LTV) ratios of greater than 100 percent was down to 14.7 percent of all currently active loans.

Even in the Western ""sand states,"" where borrowers have struggled in recent years, LPS reported underwater loans were down as much as 53 percent year-over-year.

Adding to the good news is LPS' finding that the percentage of problem loans among borrowers with equity is only 0.5 percent--better than the pre-bubble data.

LPS also reported strong origination activity in April, with new loans rising 1.8 percent from March and 34.1 percent from April 2012 to an estimated 835,000. While that data doesn't reflect the recent volatility in mortgage rates, the company saw another increase in prepayment rates in May, indicating that refinance activity (and associated originations) likely remained healthy.