Home >> Daily Dose >> Dodd-Frank: How Far Agencies Have Come and What’s Next? 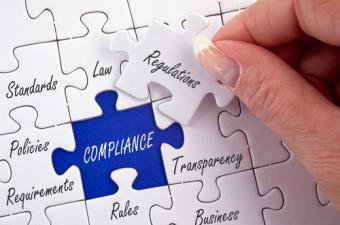 On July 21, 2010, President Obama signed the 22,296-page Dodd-Frank Act into law, the report said. This is considered the most significant legislative change to the regulation of the financial industry in decades. The report found that there have been 631 regulatory releases by the U.S. Commodity Futures Trading Commission (CFTC), U.S. Securities and Exchange Commission (SEC), Federal Deposit Insurance Corporation (FDIC), Office of the Comptroller of the Currency (OCC), and the Consumer Financial Protection Bureau (CFPB). Of these regulatory releases, 75 percent are related to the Dodd-Frank Act.

The progress report also revealed that 139 bills have been introduced to Congress to amend or repeal some or all of the Dodd-Frank Act, only five of these bill have actually been signed into law.

On Wednesday, SEC Chair Mary Jo White released a statement regarding the Dodd-Frank anniversary. She discussed the effect that Dodd-Frank has had on America and the agency and how they are working to implement the rules mandated by the act.

“The Commission has taken action to address virtually all of the mandatory rulemaking provisions of the Dodd-Frank Act, and at the same time we have focused on additional measures to bolster our financial infrastructure,” White said. “Within a year of the legislation taking effect, the Commission began bringing greater transparency and oversight to hedge fund and other private fund advisers with an extensive series of reforms.  The Commission also established stronger standards for the clearinghouses that stand at the center of the global financial system and built an enhanced program for their supervision.”

White adds that the SEC has adopted final rules for 61 mandatory rulemaking provisions of the Dodd-Frank Act. However, they are mostly behind on the regulation of executive compensation, with six of these rules adopted and six proposed.

“The Dodd-Frank Act was designed to strengthen our financial system, and the Commission has furthered that goal both through our implementation of the statute and through our own initiatives,” White concluded. “Lasting reform – not just “checking the box” for a list of rules – is the only way we can safeguard against another financial crisis.  With increased transparency, better investor protections, and new regulatory tools, the Commission continues to work towards a stronger marketplace and financial future for all Americans.”

The SEC has also dragging behind other agencies on the rules for security-based swaps. According to the agency, 17 of these security-based swap rules have been adopted and 12 have been proposed. Meanwhile, the CFTC have completed the majority of their required security rules.

In terms of consumer debt, the CFPB still has quite a few more stride to make in completing this rule initiation process. The fairly new agency was created by Congress in response to the financial crisis with the goal of protecting consumers in the financial marketplace.

CFPB Director Richard Cordray delivered a speech yesterday at the Americans for Financial Reform Event on CFPB Anniversary highlighting all that the CFPB has accomplished so far since their start following the crisis.

“In a very short time, we have done new and important work,” Cordray said. “We have also written mortgage origination rules to help ensure that consumers can afford to repay their loans without being set up to fail and mortgage servicing rules that help end surprises and runarounds for consumers who have bought a home. We have written rules to provide new consumer protections for remittance transfers, and we are working on rules that would provide new consumer protections for prepaid cards and prepaid accounts, as well as payday loans, debt collection, and arbitration agreements.”