Predicting the Future of Homeownership 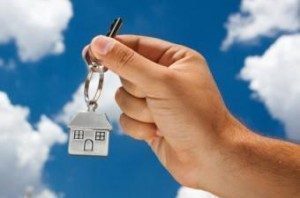 The pursuit of higher education, among other national trends, is going to play a key role in homeownership rates in the coming years, according to a new study from First American Financial Corporation. The study, dubbed “Six Trends Poised to Reshape Homeownership Demand,” looks at the unique factors that shape U.S. homeownership—and how those factors will influence housing demand in the years to come.

According to the study, education will factor into homeownership levels on several fronts. For one, it will increase income—and therefore homebuying power—for the more educated generations.

The likelihood of homeownership actually increases by 3 percent once a person earns a bachelor’s degree and another 3 percent for any degrees past that.

The pursuit of higher degrees will also force Americans to delay marriage and family formation—both widely known drivers of homebuying. And according to the study, that trend has already had an impact.

Economic conditions—particularly wage and job growth—will also play into the homeownership rates of the future, according to the study.

“The good news for the real estate industry is that there are some positive trends in income growth,” the study stated. “After a period of stagnant wage growth, median household income in the United States increased from $53,718 in 2014 to $56,516 in 2016. This upward trend in income translates, all other factors equal, to an almost 1 percent rise in the likelihood of homeownership.”

See the full study at FirstAm.com.

Previous: Top 5 Cities With the Best First-Time Buying Markets
Next: Could Interest Rates Get Even Lower?