On Monday mortgage giant ""Freddie Mac"":http://www.freddiemac.com/ published its monthly Economic and Housing Market Outlook, revealing a recovery in the rental sector and diminishing possibilities for a double-dip recession, with home sales expected to rise above the same for last year by as much as 3 to 5 percent.

""Following June's labor market report, households are naturally concerned about their financial futures which is being reflected in the housing market,"" Frank Nothaft, VP and chief economist for ""Freddie Mac"":http://www.freddiemac.com/, said in a statement.

""Yet, the single-family market will likely improve over the balance of 2011, in keeping with positive GDP forecasts for the United States,"" Nothaft added. ""Home sales are expected to be up over 2010's pace, perhaps by 3 to 5 percent. And after clear weakness in national price metrics through the first quarter, there are glimmers the second quarter will likely show gradual improvement over time.""

According to the GSE, nonfarm payroll employment arced upward by a meager 18,000, tracking revised numbers from May that signal a downward pull by 25,000. Last month saw private-sector job growth inching forward by only 57,000, reflecting crimps in local and state payrolls.

Households continued to feel concern over their finances, delaying action on larger-than-average purchases. Moreover, the rental housing market crept by with only a 15.2 percent pickup over the past year and through the first quarter this year.

Previous: Obama Nominates Two for Ag Lending Board
Next: Cordray Gets Stiff Reception from Lawmakers, Analysts 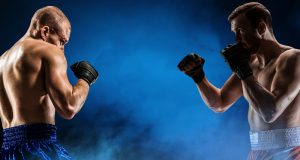 A decline in loan application activity might be a result of rising coronavirus cases, as well as the delay of a new COVID-relief package.