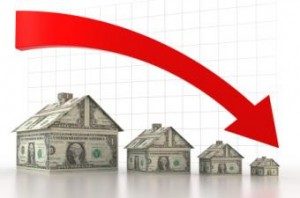 Despite a growing demand among homebuyers, the sales of existing homes lagged for the third straight month in June, according to the latest existing home sales data released by the National Association of Realtors (NAR) on Monday.

According to the report, total existing-home sales, decreased 0.6 percent to 5.38 million in June. On a year-over-year basis, existing home sales were down 2.2 percent over the same period a year ago, NAR said.

The deceleration was led by declines in the South and West, which exceeded the sales gains in the Northeast and Midwest regions, the report indicated. While the report found that the median existing-home price for all housing types was $276,900, total housing inventory at the end of June climbed 4.3 percent to 1.95 million existing homes for sale—0.5 percent above the same period a year ago.

Lawrence Yun, Chief Economist at NAR, attributed the falling sales numbers to the severe housing shortage especially in this market segment, despite growing demand.“There continues to be a mismatch since the spring between the growing level of homebuyer demand in most of the country about the actual pace of home sales which are declining,” he said.

The falling figures of existing home sales provide an opportunity for homebuilders constructing new homes, according to Tian Liu, Chief Economist at Genworth Mortgage Insurance. “The impact of inventory shortage is not just a challenge for potential buyers and real estate agents, but also for mortgage lenders, contractors, and suppliers in the home improvement industry,” he said. “On the positive side, we believe that it offers a tremendous opportunity for homebuilders by addressing the largely unmet demand for new homes.”

According to NAR, unsold inventory was at a 4.3-month supply at the current sales pace, with properties staying on the market for an average of 26 days during the month.

“What is for sale in most areas is going under contract very fast and in many cases, has multiple offers,” Yun said. This dynamic is keeping home price growth elevated, pricing out would-be buyers and ultimately slowing sales.”

Pricing out would-be buyers is a challenge that Danielle Hale, Chief Economist at Realtor.com also foresees. “The shortage forces buyers to compete for the few available homes by bidding up prices or making other concessions to stand out to sellers. As a result, home prices hit $276,900—a new all-time high. This means increased buying power for owners considering a sale or remodel, but could ultimately price out some would-be buyers and potentially lock them out of homeownership,” said Hale.

Previous: Freddie Weighs in on Housing Market Growth
Next: 10 Metros With the Greatest ROI for Homeowners