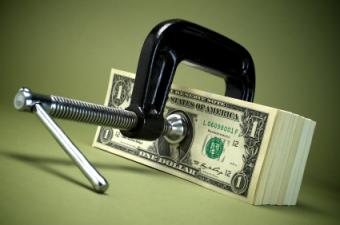 As splintering debt-ceiling negotiations unnerved analysts and ratings agencies, Treasury yields and mortgage rates remained relatively stable over the weekend, reflecting a widespread consensus among investors and market watchers that partisan divisions would soon give way to a grand bargain between policymakers. Even so, some housing analysts warn that a default scenario would increase the debt burden for homeowners, shut down government services in the housing sector, and endanger the economy with a double-dip recession.

""CNN"":http://edition.cnn.com/2011/POLITICS/07/26/debt.talks/ reported Sunday that House Speaker John Boehner (R-Ohio) refused to agree to a set of conditions at the ""White House"":http://www.whitehouse.gov/, bringing dramatic four-month-long negotiations to a tenuous standstill.

On Monday ""President Barack Obama"":http://www.whitehouse.gov/administration/president-obama fired the latest salvo in the imbroglio, giving a national address that called attention to the multi-trillion-dollar national debt and laid the blame for a breakdown in talks at the feet of Republican lawmakers.

If the national debt continues to rise, ""[b]usinesses will be less likely to open up shop and hire workers in a country that can't balance its books. Interest rates could climb for everyone who borrows money ├â┬ó├óÔÇÜ┬¼├óÔé¼┼ô the homeowner with a mortgage, the student with a college loan, the corner store that wants to expand,"" he said.

Obama attributed the collapse in negotiations to ""a significant number of Republicans in Congress are insisting on a cuts-only approach ├â┬ó├óÔÇÜ┬¼├óÔé¼┼ô an approach that doesn't ask the wealthiest Americans or biggest corporations to contribute anything at all.""

The high-level negotiations collapsed on the heels of decisions by prominent ratings agencies ""Moody's Investor Services"":http://www.moodys.com/ and ""Standard & Poor's"":http://www.standardandpoors.com/home/en/us to place the U.S. AAA credit rating under review in anticipation of a default on sovereign debt come August 2.

Why the stability in a sea of debt-ceiling uncertainty?

Paul Dales, senior U.S. economist at ""Capital Economics"":http://www.capitaleconomics.com/, says that stable Treasury yields shows that ""the markets don't seem to be quite worried"" about a debt default scenario. ""Treasury yields would rise sharply if people thought there would be a default. It will all be sorted.""

""Do I think the [U.S.] will default on [its] debt? No,"" writes Bob Walters, chief economist for ""Quicken Loans"":http://www.quickenloans.com/, in a recent ""Bankrate"":http://www.bankrate.com/ article. ""But if they [policymakers] don't start making substantial progress soon we should look for interest rates to start to moving higher.""

Her conclusion: ""The U.S. housing market would most likely experience a severe double-dip contraction marked by much-lower home sales and depressed house prices.""

Speaking to _MReport_, Boushey says that soaring interest rates would crimp credit, making it more costly for homebuyers wanting to refinance their loans or purchase new homes. She says that fewer loans and financing opportunities would freeze certain demographics out of the market. Plunging home prices would likely benefit first-time homebuyers but adversely impact sellers, she adds.

""It would certainly not be a good thing for mortgage rates if we actually defaulted,"" she says.

In a past interview with _MReport_, Frank Nothaft, VP and chief economist at ""Freddie Mac"":http://www.freddiemac.com/, agreed that a debt default scenario ""would not be good"" for the housing recovery and mortgage markets.

""In the event of a debt default, Treasury yields would rise sharply and that would increase mortgage rates substantially,"" Dales agrees. ""That wouldn't help the housing market because it is quite fragile at the moment.""

According to some analysts, mortgage rates may not be the only figures to ride the default wave upward. David Min, associate director for financial markets policy at the left-leaning ""Center for American Progress"":http://www.americanprogress.org/, published a recent paper alleging a possible shutdown of the ""Federal Housing Administration"":http://portal.hud.gov/hudportal/HUD?src=/program_offices/housing/fhahistory (FHA) as a result of the federal government's need to prioritize essential services.

The FHA is ""a key source of mortgages, particularly for first-time homebuyers and other demographic groups who are critical for restoring some equilibrium to our still-ailing housing markets,"" he wrote, adding that the FHA accounts for almost 40 percent of mortgage purchases, according to a ""HUD"":http://portal.hud.gov/portal/page/portal/HUD report on single-family mortgage originations for the third quarter last year.

""Any extended suspension of FHA lending activities due to a freeze on nonessential government services would cause the housing markets to lock up and prices to potentially free fall, particularly at the lower end of the market where younger, lower-income, and first-time homebuyers are critical,"" he added. ""It would also be devastating for those neighborhoods hit hardest by the foreclosure crisis, effectively squashing any hopes of a recovery.""

Min told _MReport_ that he reached his conclusions in off-the-record conversations with undisclosed HUD employees. ""My understanding is that the folks at the FHA are expecting"" a shutdown, he said. ""This would be a White House decision at the end of the day.""

A HUD spokesperson declined to comment on the potential for a shuttered FHA for a previous story.

Min and Dales agreed that GSEs Freddie and ""Fannie Mae"":http://www.fanniemae.com/ would feel a nominal impact in a debt default scenario, with spikes in mortgage rates likely crimping their servicing activities.

Mark Calabria, director of financial regulation studies at the conservative-leaning ""Cato Institute"":http://www.cato.org/, disagreed with Min's assessment, claiming the government will continue to receive revenue in absence of a debt-ceiling deal.

The Obama administration ""can pay the FHA or not, that's their decision,"" he says.

Calabria expresses concern over rising Treasuries. ""If the U.S. doesn't stand by Treasuries, it's pretty likely it won't stand by Fannie and Freddie,"" he says. ""So go Treasury ratings, so go Fannie's and Freddie's, which may potentially raise rates. If there is a downgrade [by ratings agencies], since borrowing is pegged on Treasuries, mortgage rates will go up.

""I expect [buyers and sellers] to avoid closing the first week of August"" if the government defaults on its debt, Calabria adds, dismissing government involvement in the mortgage markets.

""I don├â┬ó├óÔÇÜ┬¼├óÔÇ×┬ót look at the government to have a role to take from buyers and give to sellers or take from sellers and give to buyers,"" he says. ""A spike in mortgage rates will not impact home prices.""

One Republican lawmaker feels comfortable with lower credit ratings for the country in the instance of a debt default.

""Until we stop spending more, we should be downgraded,"" ""_The Hill_"":http://thehill.com/blogs/blog-briefing-room/news/173261-rep-issas-not-concerned-about-credit-rating reports Rep. Darrell Issa (R-California) as saying.

Public officials have until August 2 to raise the debt ceiling, which currently sits at $14.294 trillion. According to ""NPR"":http://www.npr.org/, lawmakers need to introduce legislation this week in order to raise the ceiling, as House and Senate debate rules require certain hours.

Previous: Fannie Forecasts Declines Over 2011, 2012
Next: CoreLogic Making Moves in India and U.S. 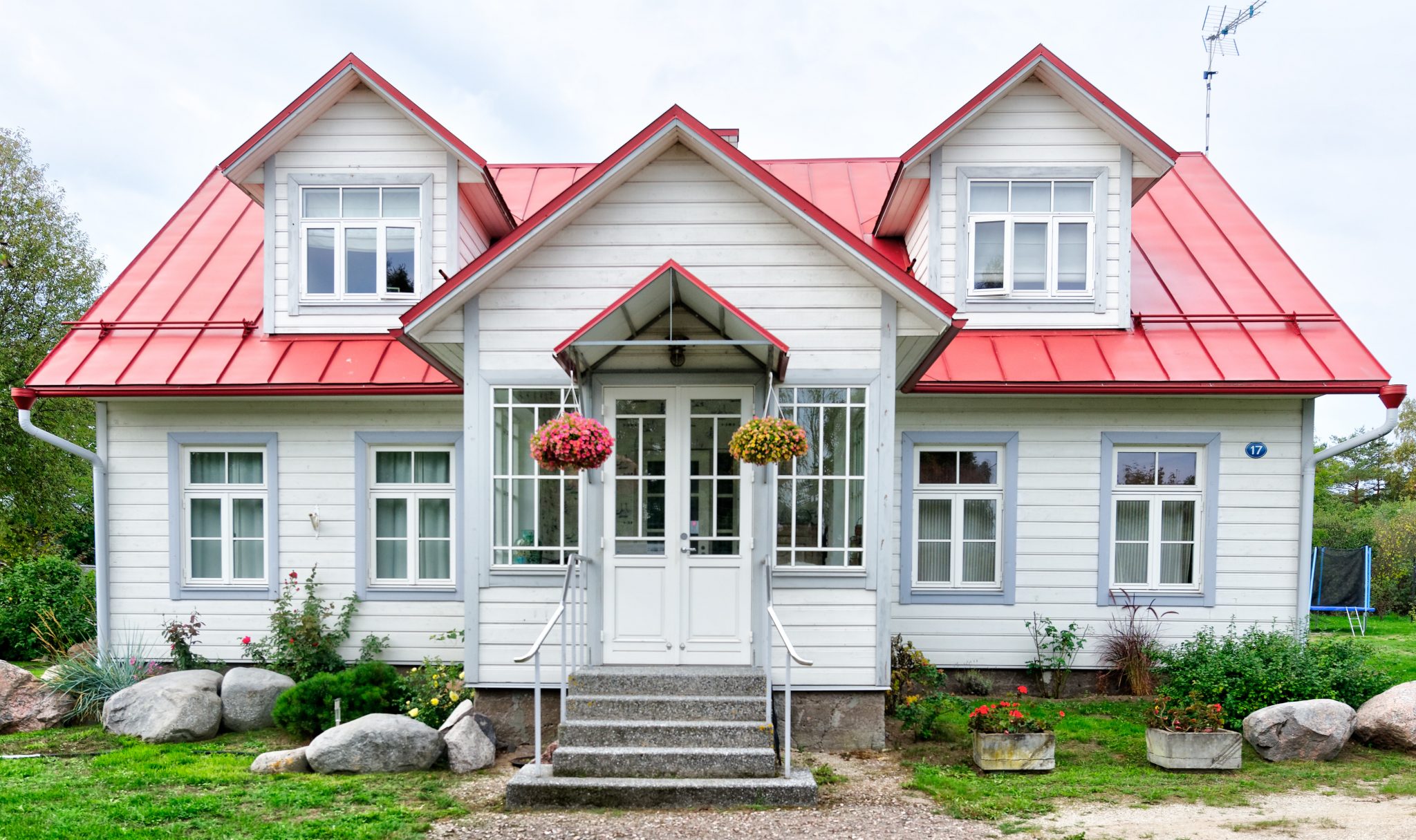