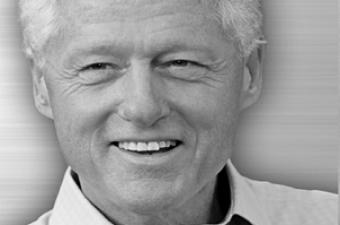 Former President Bill Clinton will make a stop at the Democratic National Convention (DNC) in Charlotte, North Carolina, on his way to the ""Five Star Conference and Expo"":http://www.fivestarconference.com in Dallas, Texas, in early September.

Media outlets across the country were abuzz Monday with news that Clinton is slated to officially nominate President Barack Obama as the Democratic party's presidential candidate at the convention on Wednesday, September 5, just two days before his scheduled keynote address at the Five Star Conference.

Clinton's itinerary took a turn when President Obama personally reached out and asked him to deliver the ceremonial nominating address at the DNC. Clinton accepted the invitation ""enthusiastically,"" according to the _Associated Press_.

After making a case for President Obama's second term and rallying the support of his party members, Clinton will move from the national political stage to the main stage of mortgage default servicing at the industry's largest event of the year.

The former president is scheduled to close out the 2012 Five Star Conference with a keynote address to thousands of industry professionals from all facets of default servicing, including asset managers, mortgage servicers, lenders and investors, creditors' attorneys, title agents, field service providers, listing agents and brokers, and industry service providers.

Clinton isn't the only face from the White House making an appearance at the Five Star Conference. Former President George W. Bush and Mrs. Laura Bush are giving the opening keynote address on September 5. Left-wing political commentator James Carville, who served as lead strategist for Clinton's presidential campaign, and his wife Mary Matalin, a right-wing political consultant, will provide introductory remarks prior to the Bushes' joint conversation.

With election day nearing, the participation of two former presidents ├â┬ó├óÔÇÜ┬¼├óÔé¼┼ô representing 16 years in the White House ├â┬ó├óÔÇÜ┬¼├óÔé¼┼ô at the default servicing industry's defining event illustrates just how important the housing industry is to the nation and to its overall health and prosperity, and that's a sentiment that translates across party lines.

Those attending the Five Star Conference will have a once-in-a-lifetime opportunity to ask a U.S. president a question, with recognition given to those whose questions are incorporated into the keynote Q&A sessions.

""The Five Star Conference"":http://www.fivestarconference.com takes place from September 5-7 at the Hilton Anatole in Dallas.

_Editor's Note: The Five Star Conference is organized by the Five Star Institute, the parent company of_ MReport _magazine and theMReport.com._