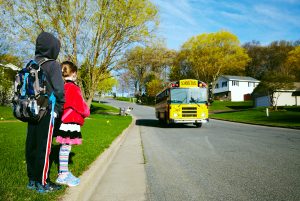 Many factors are considered during a homebuyer’s decision-making process. But for the majority of American families, securing their child’s academic success is a top priority when selecting the right housing markets to consider.

To help determine which locations are most suitable when it comes to public education, WalletHub [1] released 2017’s States With the Best and Worst Public School Systems report.

According to the data, it is important to acknowledge where public school dollars come from. It is notable that states contribute almost as much as local governments, while the federal government supplies the least. Therefore, WalletHub takes a comprehensive state-to-state look at public education.

However, to determine the performance of public school systems by states in America, WalletHub’s analysts compared the 50 states and the District of Columbia across the dimensions of quality and safety. Those dimensions were evaluated using 21 relevant metrics, with each metric graded on a 100-point scale, with a score of 100 representing the best school-system quality.

With a total score of 78.16 points, Massachusetts ranks as the top state with the best public education, ranking first in quality and safety. Along with the highest math test scores, highest reading test scores, and lowest percentage of threatened and injured students, this state is a location for homebuyers to look into.

Look south to find the region with the bottom five public education systems by state. With the lowest math test scores, the second lowest reading test scores, and highest percentage of threatened or injured students, Louisiana’s total score of 27.42 points received the lowest ranking in the country.

New Mexico, West Virginia, District of Columbia, and Mississippi round out the rest of the bottom five states. Making up the states with some of the lowest test scores and highest bullying percentages.

Want to know how other states ranked? Click here [2].