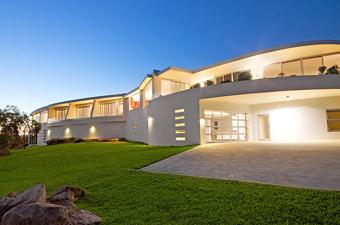 An Australian homeowner who used his wealth to build a lavish, sci fi-themed estate has listed his galactic dream home for $10.5 million.

According to the _Wall_ _Street_ _Journal_, Peter Chedid, the creator of the luxury property, is an avid fan of _Star_ _Trek_, and he designed the house to mimic the television show's famous vessel, the Starship Enterprise.

The 4,500-square-foot home is located in Elanora Heights near Sydney, and the unique residence is situated on a five-acres adjacent to ""Garigal National Park"":http://www.environment.nsw.gov.au/nationalparks/parkHome.aspx?id=N0076. The ""newspaper reports"":http://online.wsj.com/article/SB10000872396390444226904577558120892902382--LESS.html?mod=house#%2F2 that the estate features amenities including a theater room decorated with images taken by the Hubble telescope.

Previous: Economy Surprises With 163,000 New Jobs in July
Next: Home Prices Increase In May, as Delaware Leads: LPS

Click through to read about the number of potential buyers who would purchase a home without stepping foot in it.