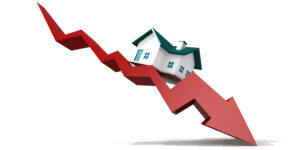 The nation’s housing market appears to be balance itself out, as on the heels of the latest rate hike by the Federal Reserve last week, mortgage rates dipped below the 5% mark for the first time since early April.

“Mortgage rates remained volatile due to the tug of war between inflationary pressures and a clear slowdown in economic growth,” said Sam Khater, Freddie Mac’s Chief Economist. “The high uncertainty surrounding inflation and other factors will likely cause rates to remain variable, especially as the Federal Reserve attempts to navigate the current economic environment.”

With the steep decline in mortgage rates comes renewed interest in the housing market once again, as the Mortgage Bankers Association (MBA) reported a slight rise in overall mortgage application volume in its latest Weekly Mortgage Applications Survey, increasing 1.2% week-over-week, and ending a four-week downturn.

The dip in rates also sparked slight interest in refinances, as the MBA also reported the refi share of mortgage activity increased to 30.8% of total applications, up slightly from 30.7% the previous week.

“For housing, the combination of high prices and higher interest rates is driving a reset in fundamentals,” noted Realtor.com Manager of Economic Research George Ratiu. “With borrowing costs setting an affordability ceiling for many buyers, home sales are dropping. In addition, as many homeowners rushed into summer ready to list their property and capture the equity brought about by record-high prices, inventory has improved. This brought a welcome sign in this year’s real estate markets—price cuts. However, Realtor.com’s most recent weekly data show that some homeowners may feel that they missed the market’s peak and are holding back on listing. As the number of new listings softens, it raises the concern that the nascent improvement in inventory may prove elusive as we approach the latter stages of summer.” 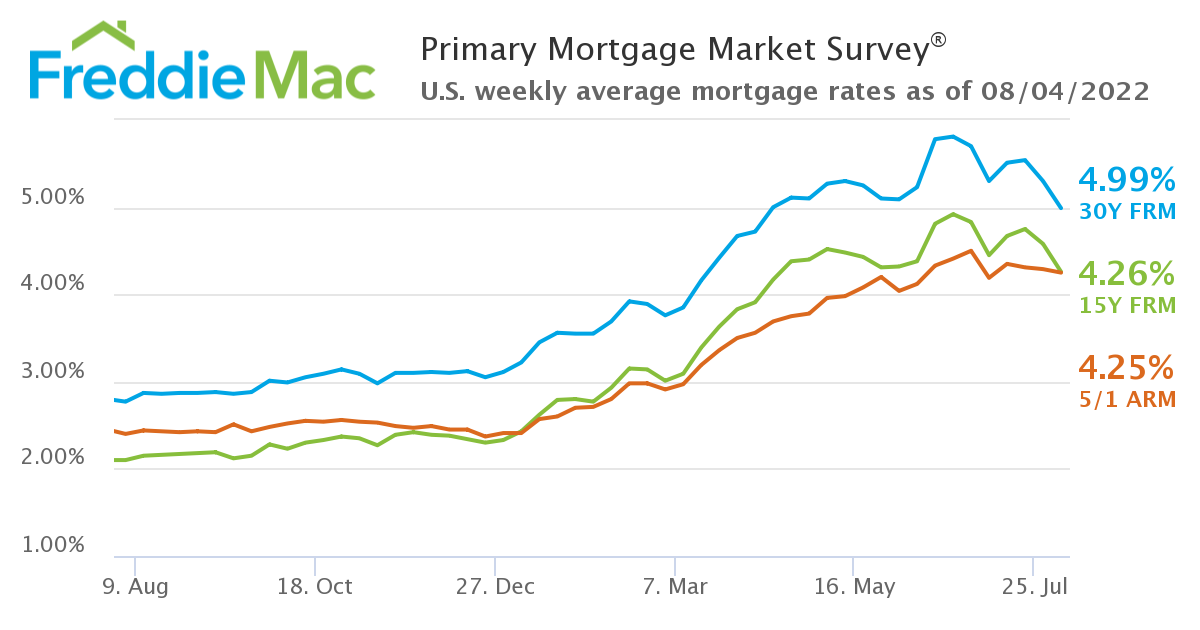 The trend of rate instability moves onward, but dipping to new lows last seen the week of April 7 may be another step toward a rebound in the marketplace. Higher prices and affordability concerns pushed many out of the marketplace, but increased the nation’s housing inventory slightly.

The frequency in falling rates over the past two months or so has piqued the interest of home shoppers once again, as Redfin’s Homebuyer Demand Index—a measure of requests for home tours and other home-buying services from Redfin agents—has increased 15 points since the week of June 19, reversing a 10-week trend of decreasing demand that began in mid-April. Redfin also reported that searches of homes for sale on Google have also risen 11% since late May, and touring levels have been relatively stable over the past two weeks.

"The housing market seems to be settling into an equilibrium now that demand has leveled off,” Redfin Chief Economist Daryl Fairweather added. “We may still be in for some surprises when it comes to inflation and rate hikes from the Fed, but for now an ease in mortgage rates has brought some relief to buyers who were reeling from last month’s rate spike. Although the number of sales is down considerably from last year, first time-homebuyers with not a lot of cash are welcoming the decline in competition, and anyone who intends to stay in their home for many years doesn’t need to worry about these short-term fluctuations in home prices."

“A raft of surprisingly positive economic indicators counterbalanced the drumbeat of recessionary chatter: factory orders outpaced market expectations, as did the ISM service sector data,” said Ratiu. “However, the number of job openings softened, even as the labor market remained tight. Capital markets are seeking a stronger directional signal about economic activity amid the push-and-pull of consumer spending and business investments. While underlying economic conditions show resilience, the recession narrative is playing an important role in market psychology and investor expectations, as we see the sharp upward push in rates moderate more visibly.”