Home Prices Expected to Rise Over Next Two Years

Shrinking inventory and shifts in sales composition have provided a foothold for housing prices to start climbing, according to ""Fiserv"":http://www.fiserv.com/, Inc.

The company released its Case-Shiller Home Price Insights Monday, showing that after six years of decline, home prices are finally starting to stabilize.

Prices increased in 40 percent of the surveyed 384 metro areas in the first quarter of 2012, and the report showed that it's actually cheaper to buy than rent in many U.S. markets.

""Inventories of single-family homes have dropped below 2.5 million units, the lowest levels since 2004. This shrinking supply of unsold homes is nudging home prices upward in selected markets,"" said Stiff.

""However, negative equity remains a factor constraining supply in some markets, since many underwater homeowners cannot come up with the cash to cover the difference between their outstanding mortgage balances and the current market value of their homes,"" he added. ""Many positive equity homeowners are also keeping their houses off of the market, waiting for price increases to boost their selling profits.""

In addition, the changing composition of unsold inventories and homes sold appears to be providing a boost to prices in some areas. In many crash markets, the share of foreclosed sales is shrinking as banks promote short sales and investors grab up repossessed homes.

As a result, heavily discounted sales are making up a smaller percentage of overall sales, resulting in an upward swing in prices even in relatively flat markets.

Many of the hardest-hit markets posted price gains, including Detroit (8.6 percent up) and Miami (6.4 percent up).

However, prices continued to drop in areas still flooded with foreclosed properties, including Atlanta (down 17.4 percent), Las Vegas (down 7.4 percent), and Memphis (down 4.7 percent).

Rent prices have also increased, driven primarily by increased apartment demand. The mortgage payment for a median-priced home is now less than the median asking rent, making buying a more attractive choice in many parts of the nation. This follows a separate report from Zillow that also suggested buying is the less costly option.

As housing markets stabilize, the demand from first-time buyers is expected to pick up. In any event, the increased affordability of buying will likely push home prices upward as demand rises.

Fiserv advised investors to look west for price appreciation, as eight of the top 10 markets projected to grow at the fastest rate in the next year are in western states, including Oregon, Idaho, California, and Washington.

Of course, much of this forecasted growth may be thrown off track if economic conditions deteriorate.

""The state of the overall economy presents the biggest risk to the housing market,"" said Stiff. ""The economic recovery has stalled each spring/summer during the last three years, and last summer's economic stumble was accompanied by a sharp decline in consumer confidence, which cut into home sales activity and pushed home prices down a little further. If confidence were to drop by similar amount this year, either because of the monetary crisis in Europe or the political impasse in Washington D.C., then we could experience another downward leg in home prices.

""However, given that owner-occupied housing is incredibly cheap historically and falling confidence would be accompanied by lower mortgage interest rates, we may be at a point where housing markets can finally withstand a weak economy,"" he said. 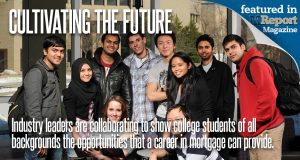 While 61% of Americans believe they will be impacted by natural disasters, how many are taking the necessary precautions to protect themselves and their homes?