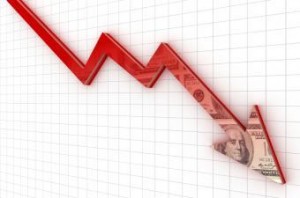 Americans grew decidedly more pessimistic in July about the current direction of housing and economic growth, a survey from Fannie Mae shows.

In its latest National Housing Survey, the company found housing sentiment among U.S. consumers was down in July compared to recent months, with fewer expecting continued growth.

According to the findings, only 42 percent of Americans surveyed said they expect home prices to keep rising over the next year, continuing a downward trend that started in April. At the same time, the share of respondents expecting price depreciation also fell, reflecting more tempered expectations as home price increases continue on a slower, but still steady, track.

The average price change expectation was also down, falling for the second straight month to an anticipated 2.3 percent over the next year.

Doug Duncan, SVP and chief economist at Fannie Mae, said July's survey results give more weight to the company's view that the first phase of the housing recovery is decelerating and reinforces its forecast of "mixed housing outcomes" in 2014.

"We have always believed that for the housing recovery to be considered robust, we will need strong and sustained full-time job and income growth," Duncan said. "Recent data indicating the creation of more than 200,000 jobs over each of the last six months, combined with this month's improvement in the share of consumers reporting significantly higher household income than a year ago, does provide some reason for optimism. If these trends continue, they could lead to some upside in housing in 2015."

Additionally, while more consumers said their income is significantly higher than it was last year—28 percent, a survey high—the share of those who expect their financial situation to improve in the next 12 months dropped to 40 percent, the lowest so far this year.

The company added, "In addition, the share of consumers who say their home has increased in value since they bought it rose to an all-time survey high, which suggests a long-term positive trend for household balance sheets that may encourage more potential buyers and sellers to enter the market."