The increase in the share of single-family homes that are rented has been most predominant in metro markets in the Southwest. The report cites Las Vegas as having experienced the largest increase, rising 13.1 percentage points from 16.1 percent in 2005 to 29.1 percent in 2014. The report says that the next highest increase is attributed to Merced, California with a rate of 24.7 percent increased to 36.6 percent. Following Merced is Phoenix with an increase from 11.8 percent to 23.4 percent and Vallejo, California with an increase of 14.7 percent to 25.9 percent. 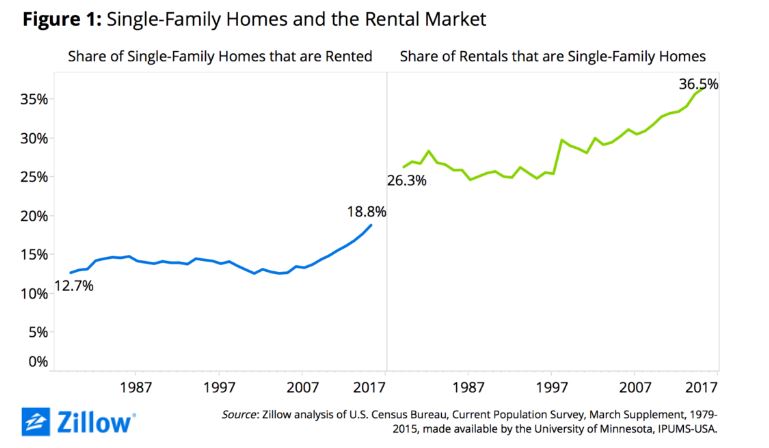 Zillow attributes the large increase in rented single-family homes in the Southwest to the fact that Southwestern markets were hit very hard by the housing bust. When homeowners were foreclosed upon, millions of families looking for a place to live turned to renting the same kind of single-family homes they had previously owned prior to foreclosure. And Zillow says that during the years following the housing bust, investors purchased foreclosed homes and converted them to rentals in many of these hard hit communities to meet the new demand.