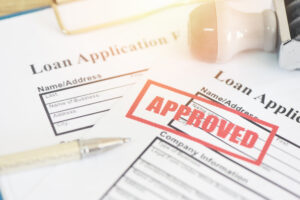 Amid news of a decline in mortgage rates, overall mortgage applications increased 0.2% week-over-week, according to the latest Weekly Mortgage Applications Survey from the Mortgage Bankers Association (MBA).

“Mortgage rates remained volatile last week–after drops in the previous two weeks, mortgage rates ended up rising four basis points. Mortgage applications were relatively flat, with a decline in purchase activity offset by an increase in refinance applications,” said Joel Kan, MBA’s Associate VP of Economic and Industry Forecasting. “The purchase market continues to experience a slowdown, despite the strong job market. Activity has now fallen in five of the last six weeks, as buyers remain on the sidelines due to still-challenging affordability conditions and doubts about the strength of the economy.”

The overall refinance share of mortgage activity increased to 32% of total applications, up slightly from 30.8% the previous week.

Even with mortgage rates dropping to a four-month low, the see-saw rate environment is still keeping many observing from the sidelines, as the adjustable-rate mortgage (ARM) share of mortgage application activity decreased to 7.4% of total applications.

“For housing, the combination of high prices and higher interest rates is driving a reset in fundamentals,” said Realtor.com Manager of Economic Research George Ratiu.

Is the market nearing normalization and stabilization after months of instability? A dip in rates and gains in app volume may be attracting more to a buyer-friendly market. One positive byproduct of the housing market’s instability over the past few months has been the boost reported in the nation’s housing supply.

Realtor.com reported July’s housing inventory grew for the third consecutive month, rising by a record 30.7% year-over-year, according to its Monthly Housing Trends Report.

And the latest employment numbers for July are a promising step in the right direction for a possibly market recovery.

“July saw a solid jobs number, with 528,000 net new payroll additions,” said National Association of Realtors (NAR) Chief Economist Lawrence Yun. “The 20 million jobs lost during the early months of the COVID-19 lockdown have been fully recovered. More Americans are working today than at any time in history. The unemployment rate is 3.5%, matching a 50-year low. Companies have increased wages by 6.2%, though that figure is unable to keep up with 9% inflation. ‘Help Wanted’ signs abound. Part of the reason for the worker shortage is due to 3 million more people who aren’t looking for jobs today compared to the number of those looking in March 2020. Given the comeback in jobs, how are home sales? They are running below the pre-pandemic numbers seen in early 2020 and slightly below the 2019 annual total. Mortgage rates appear to be settling down over the past month at below 6%, with the past week dipping to 4.99%, but they are well above the 3.6% to 3.9% rates in the months before the pandemic. In other words, home sales are more impacted by mortgage rate changes than jobs. But the recently stabilizing mortgage rates suggest home sales will also soon stabilize and are likely to make steady gains in 2023.”