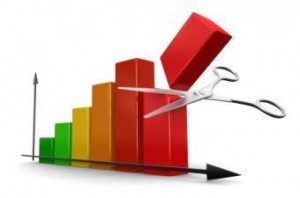 Home sales for July decreased slightly from the previous month after increasing for four months in a row, according to the July 2014 RE/MAX National Housing Report released this week.

The number of home sales in July dropped by 3.1 percent  from June and decreased by 6.8 percent from July 2013.

Though sales activity is down, the company asserts the market is still trending toward improvement.

"After a slow start to the year, 2014 home sales have been improving," said Margaret Kelly, RE/MAX CEO.  "Sales are following the expected seasonal pattern and are approaching the levels we saw last year. As inventory continues to build the recovery continues at a more stable and sustainable rate."

According to the latest RE/MAX report, the median home price of $204,550 for July in the 52 metro areas was down 2.4 percent from June but up 7.9 percent from a year ago. July 2013 saw an 11.5 percent year-over-year increase in home prices, but growth was slower in July 2014 due to improved inventory.

July was the 30th consecutive month in which home prices increased year-over-year, according to RE/MAX. Overall, 44 out of the 52 metro areas surveyed reported a year-over-year spike in home prices with the largest increase happening in Miami, Florida, at 10.5 percent.

RE/MAX reported that inventory of homes for sale in July inched downward by 1.1 percent from June and dropped by 3.5 percent from July 2013. The months supply of inventory, which is calculated by dividing the number of homes listed for sale at month's end by the number of contracts signed during the month, increased slightly from 4.1 in June to 4.3 in July. San Francisco had the lowest months supply at 1.5.