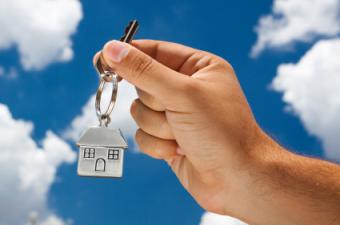 By all accounts, recent good economic news combined with solid demand and low mortgage rates have all resulted in single-family home sales reaching levels not seen since before the crisis. Homes are selling at a higher rate—but are they more affordable?

An analysis of 27 metro areas conducted by HSH.com on the salary one would need to afford the principal, interest, and taxes on a median-priced home in their market revealed that only three of those 27 metros were more affordable in the second quarter compared to the first (all were in Florida: Tampa, Orlando, and Miami).

Though mortgage rates fell from Q1 to Q2 in all 27 metro areas in the analysis—but several of the metros saw notable price gains. In Cleveland, the median home price spiked by 24 percent over-the-quarter, in Chicago the increase was 18 percent, and Pittsburgh and Cincinnati each saw the median home price rise by 17 percent. The median price of a home in San Francisco is now $885,600 after experiencing a 15 percent increase from Q1 to Q2.

“Steadily improving local job markets and mortgage rates teetering close to all-time lows brought buyers out in force in many large and middle-tier cities,” said Lawrence Yun, NAR chief economist. “However, with homebuilding activity still failing to keep up with demand and not enough current homeowners putting their home up for sale, prices continued their strong ascent—and in many markets at a rate well above income growth.”

The home price gains seen in the second quarter were even more surprising given the fact that in the first quarter, home prices increased by more than one percent in only six metros. Nonetheless, it’s too soon to tell if the price increases experienced in Q2 are a trend or an an0maly, the analysis stated.

The three least affordable metros were all located in California: San Francisco was first, where a salary of $161,947 was needed to afford a median-priced home, followed by San Diego ($109.440) and Los Angeles ($92,901).

Click here to view the analysis of all 27 metro areas.